A 2-minute clip of Hansika Motwani's look-alike is spreading like wildfire on several digital platforms.

Mumbai: A shocking two-minute clip of an unknown woman, who bears striking resemblance to actress Hansika Motwani has gone viral and is being circulated on a number of digital platforms.

The video appears to have been taken from a secret hidden camera that was planted in the woman’s bathroom, and features the woman getting undressed and taking a shower. The video has been spreading like wildfire on the instant messaging app WhatsApp. 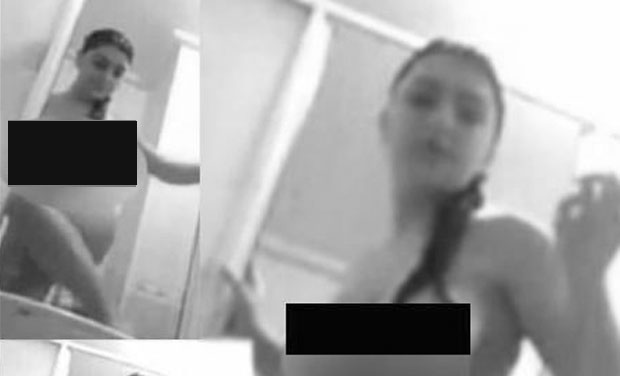 This isn’t the first time an actress has been dragged into an MMS scandal, a couple of weeks ago ‘Badlapur’ actress Radhika Apte was also dragged into a controversy when racy pictures of her look-alike made their way online.

However Radhika, took to her Twitter to silence all. She posted, “You guys! If you're going to get someone to pass off as naked me, she needs to look a lot more like me.”

On the work front Hansika has a number of projects lined up for 2015 including ‘Vaalu’, ‘Romeo Juliet’, ‘Puli’ and ‘Idhayam Murali’.