Amitabh Bachchan does a victory dance with his fans as India defeated Pakistan during a World Cup Match in Adelaide. (Picture Courtesy: Amitabh Bachchan's blog)
Mumbai: Amitabh Bachchan, who made his debut as cricket commentator for the India-Pakistan World Cup match on February 15 celebrated India's win with his fans. Amitabh waves to his fans, as they gather at his residence Jalsa, in Juhu, in the posh western suburb of Mumbai. 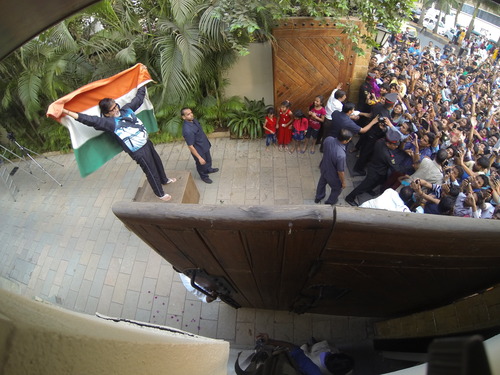 Amitabh wears the tricolour and does a little victory dance! Earlier in the day, Amitabh did live commentary with cricket legends like Kapil Dev, Shoaib Akhtar, Arun Lal and Rahul Dravid. 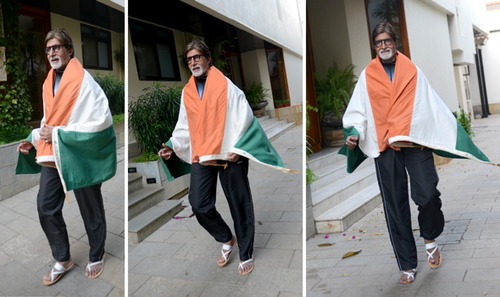 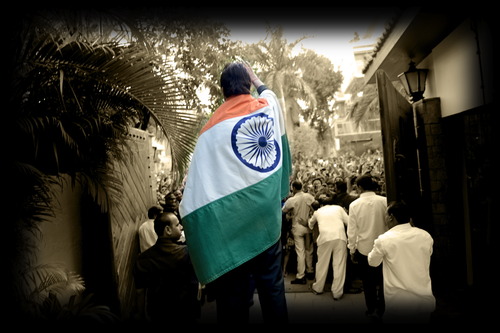 Bachchan also shared these photograph of himself greeting several of his fans who gather outside his house every Sunday to see a glimpse of the megastar. 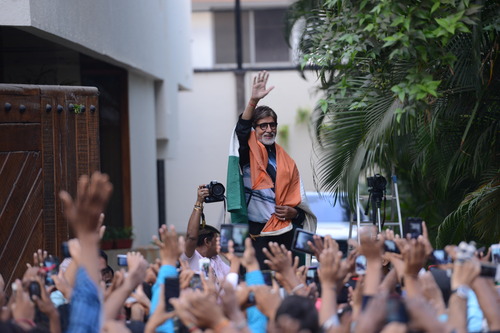