Watch: Ravi Teja is back with Telugu action-comedy 'Kick 2'

While 'Kick' showcased the comic side of Ravi Teja, the sequel seems to a mass entertainer. On the occasion of Mass Raja's birthday today, team NTR Arts has unveiled a special birthday teaser to celebrate the day. 'Kick 2' is a sequel to the 2009-hit film 'Kick.'  The film was an action comedy drama wherein Teja appeared in the role of a guy who does anything to get a kick.
The teaser shows Ravi Teja in his trademark leather jackets, as he walks in a lonely piece of land, carrying a wooden weapon on his shoulder.  It seems as if there is some revenge episode but it gives no clue about how 'Kick 2' is going to be. 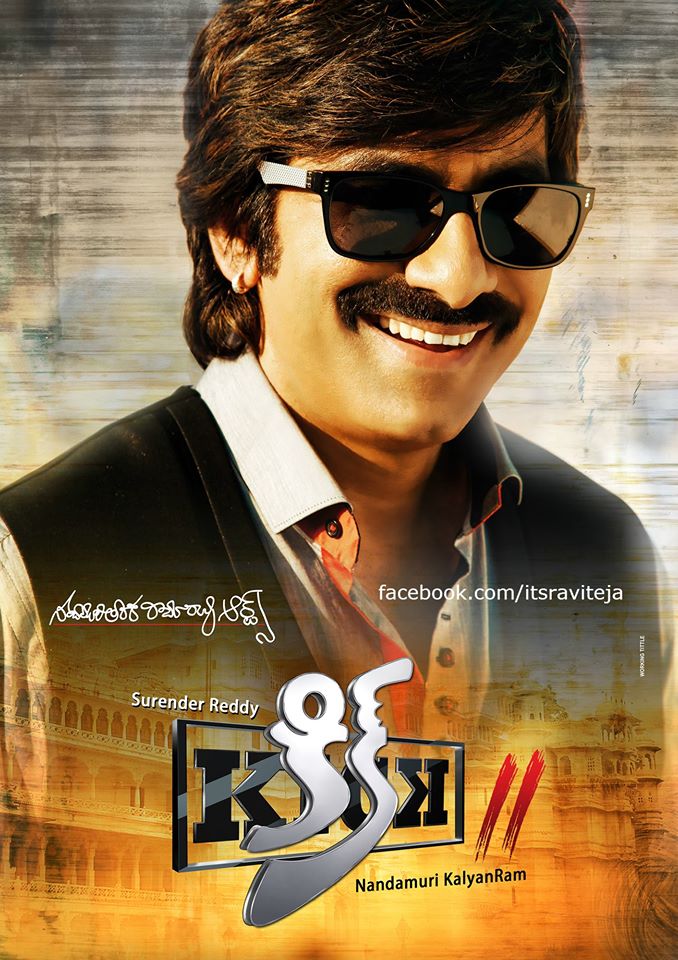 Official Poster of 'Kick 2' (Picture Courtesy: Facebook)
The movie has been directed by Surender Reddy and produced by Nandamuri Kalyanram. Ravi Teja and Rakul Preet Singh are in the lead.
Watch the teaser here:
...
Tags: tollywood, ravi teja, kick