Dialing an international number directly or via Internet chews up your talktime balance and Internet data. Due to this inconvenience, you prefer to cut down on your conversation.

Ringo, a new international calling app allows you to make international calls without the use of Internet data. Directi has launched the Ringo app on Google Play for Android, iOS and Windows platforms in India on January 14, 2015.

Unlike other OTT voice apps like Viber and Skype, the new Ringo calling app converts your international calls into local calls. On downloading the Ringo from Google Play, the app saves all the international numbers that are stored in your contact list. The contact list on the Ringo app displays the flag of the country, call rates and notifies you if the contact number is a  mobile or a landline number. Its software has access to the default dialerpad used for any local calls. 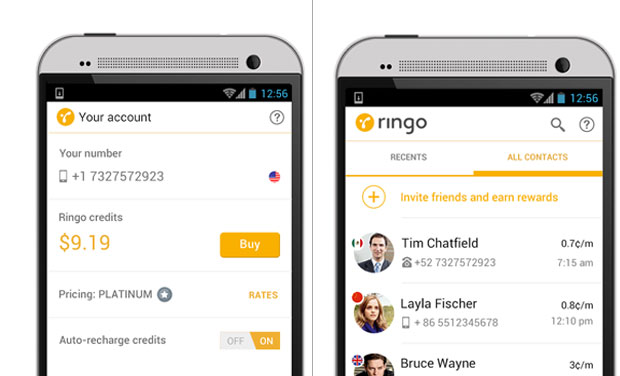 (Screenshots of the Ringo App)