Viswanathan Anand to turn mentor for Olympians ahead of Rio Games

Mumbai: Pressure is common to sportspersons and it doubles if the sport is only about the mind and not body. It is no different for Grandmaster Viswanathan Anand. His composed stare at the black and white pieces is a result of  shlokas, music and movies, vacations, time and space only for himself and running for an hour every morning.

“Before a big event, one should take time out for himself to avoid distractions. It need not be for long, a week should suffice to let your thoughts fall in place,” he says.

Anand, currently trying to learn the tricks of boxing, shooting and other Olympic sports, has promised to counsel athletes ahead of next year’s Rio Games along with former billiards world champion Geet Sethi. It is an initiave by Olympic Gold Quest (OGQ) – a non-profit organisation that supports Olympians. 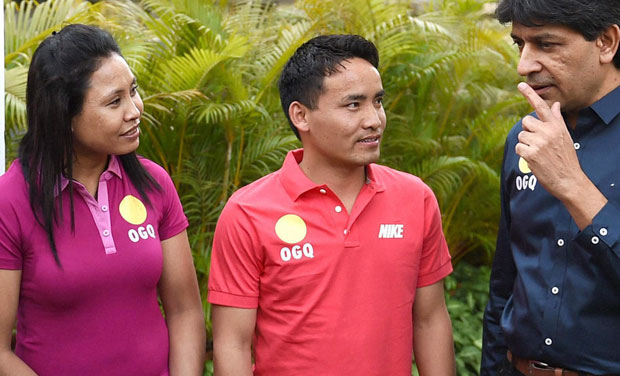 “I need to understand the fundamentals of the other sports in order to guide the athletes better. But how you feel five minutes before a match is common to all sports people,” adds the five-time world champion.

“If there is too much to handle, one should just chill. But you need to have the confidence not to work. There may not be any gap between two tournaments and you may just have to hop from one to the other. Maybe you need somebody to tell you not to feel guilty about not working. Confidence is needed to ensure you can pull it off,” he says.

Being a man of few words and one who has been exercising only his brain for two decades, Anand will take care of the psychological side of the athletes.

He met boxer L Sarita Devi and shooter Jitu Rai, along with Sethi, on Tuesday to discuss how they can fight the odds at Rio.