The app called 'Seven Steps To A Better Break Up' offers a step-by-step guide to help heartbroken men and women. (Photo: Slideshare.com)

London: Just had break-up? Don't worry, because now there's an app to help you deal with the traumatic post break-up phase.

Launched by Sara Davison, the UK's leading break-up and divorce coach, the app called 'Seven Steps To A Better Break Up' offers a step-by-step guide to help heartbroken men and women through the early stages of a messy break up or divorce, the Daily Star, reported.

Davison said that there were more than 100,000 divorces each year nationally and since many of these happened at the start of the New Year, many couples see the it as the time for a fresh start. 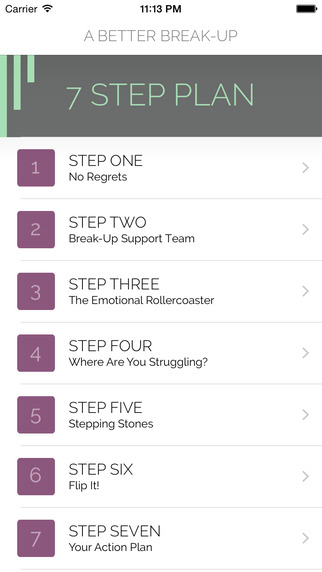 Whatever the situation, even when a couple has reached an amicable decision to split up, most people who begin divorce proceedings often do so unprepared for what is to come.

The app's seven steps show simple and easy to follow strategies that give people ways to manage emotions and reactions to situations as they unfold.

It is accompanied by exercises which can be practically applied to any relationship scenario, users complete each stage in their own time, working through their individual concerns, helping them to feel better prepared and able to cope with whatever situations may occur.

The app also allows individuals to set goals and create their own action plan which will help them move forwards positively in their lives.