The assembling of the Mk-III vehicle and crew module which took nearly ten months for completion was done under the supervision of deputy directors Dr S.V. Subba Rao and T. Subba Reddy from AP.

The assembly of the launch vehicle and its shifting to launch pad was also taken care by Mr Reddy, who is the director for range operations.

The acoustic suppression system where 20 tonnes of water is pumped into the flames per/second during the 15 seconds lift off was supervised by deputy director M.B.N. Moorthy, also from AP.

Isro has setup a solid propellant plant for rocket motors at Sriharikota and spent nearly Rs 800 Cr over the  last 10 years to create different facilities for the GSLV-Mk-III. 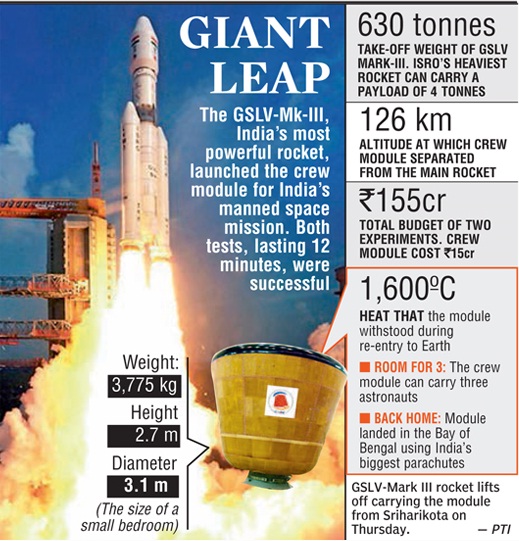