IPTL is not a Grand Slam. But that did not stop Roger Federer and Novak Djokovic from putting up a solid show. The duo was involved in a match that had its share of breathtaking moments. Photo: AP

Federer continued to be at his smiling best on his second day of stay in India for International Premier Tennis League. He and 14-time Grand Slam champion Pete Sampras were seen sharing a good laugh. Photo: AP

In a lighter moment, Roger Federer crouched on the court during a doubles match where he teamed up with Aamir Khan. Photo: AP

The Swiss ace Roger Federer danced with his teammates at the end of the India leg of the International Premier Tennis League. Photo: AP

Roger Federer, who said he feels like a superstar playing in IPTL in India, posed for photos with his Indian Aces teammates and officials following his team's win over Singapore Slammers. Photo: AP

Roger Federer who is having a good time playing in IPTL said partnered Indian tennis ace Sania Mirza for a mixed doubles match. He later said, "Playing with Sania Mirza in the mixed doubles brings back old memories.&rdquo; Photo: AP

Playing first time in India, the Swiss master was in his elements as he was seen enjoying his time with his teammates. Photo: AP
Tags: tennis, roger federer, sania mirza, iptl 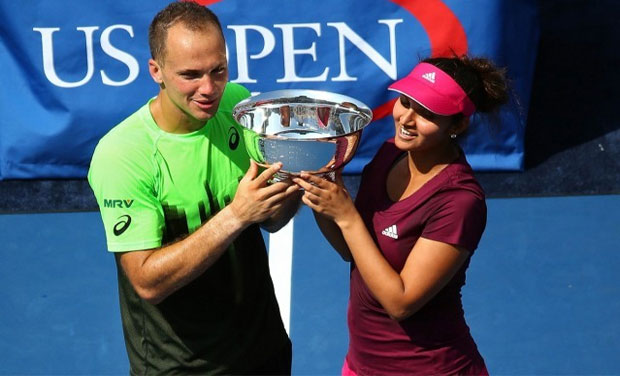 Fans give Roger Federer a Photoshopped virtual tour of India