Commonwealth Games weightlifter para-athlete Sakina Khatun is waiting for Sachin Tendulkar to help her out with a job he promised after her feat in Glasglow (Photo: AP)

Mumbai: Cricket icon Sachin Tendulkar’s humanitarian nature may have earned him fans across the globe. But the retired cricketer – who donates regularly for cancer patients and sponsors the education of underprivileged children through a Mumbai-based NGO (Apnalaya) – is yet to keep up the promise he made to Sakina Khatun –a para-athlete (a weightlifter).

Khatun had polio when she was one-and-a-half years old. But she fought all odds and won medals for India at the international level.

The 25-year-old met Tendulkar in New Delhi when the Master came to felicitate the Commonwealth Games medallists. Khatun – who won bronze in the sports event for para-athletes – impressed the cricketer. Her determination and courage stunned Tendulkar.

The cricketer had taken her phone number and assured her of a better life but Khatun is yet to hear from him. She has been looking for a job and lives a sorry life.

When she came to receive her award, she told the cricketer about her dreams which can only be fulfilled if she had a job.

"It was a great experience that my achievement was acknowledged by Sachin sir. I told him that I have been looking for a job for quite a long time but all my efforts have been futile. I don't even have a sponsor. He took my phone number and promised me that he will surely do something for me," Khatun told Mail Today. 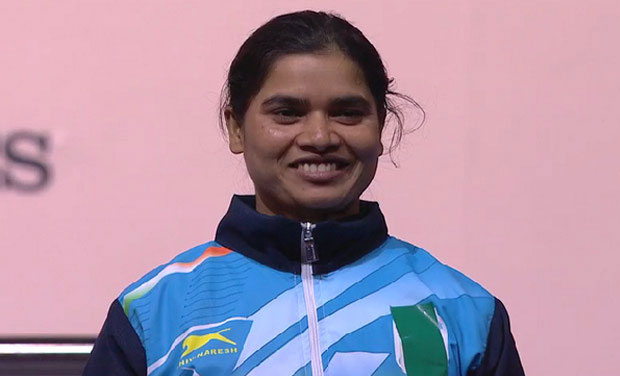 "He (Sachin) is known to be a man of his words. I am still waiting for a response from him and I hope he will be able to do something, which will not only help me but will also inspire many other athletes to take up para-sports," the power-lifter said.

Khatun’s father has spondylitis and is unable to contribute to the family. Her mother – the sole earner – works in the farms in Kolkata. She earns a daily wage of Rs 200.

"Financially, it is very difficult for my family to meet the daily needs. But somehow we have survived. I got Rs 6 lakh as cash reward for the medal I won at the Commonwealth Games in Glasgow. That is all I have earned so far as cash award. If I have to compete at the top level even that money is not enough so I have to rely a lot on my coach Farman Basha," she added.

Ajay Maken – sports minister during the 2012 London Olympics – had declared there will be jobs for para-athletes too in the Sports Authority of India but it never happened.

Nothing beats the joy of winning a medal: Harika Dronavalli

Tokyo Paralympics 2020 Day 7 Preview: Full schedule and where to watch