Washington: A former US Navy SEAL who claims he killed Osama bin Laden in Pakistan has said that he heard the world's most wanted man take his last breath after he pumped three bullets into the head of the al Qaida chief.

"I was standing above him when he took his last breath and I heard it audibly," Robert O'Neill recounted.

In part two of "The Man Who Killed Usama bin Laden" aired on Tuesday night, O'Neill told Fox News that it was just chance that he ended up being the shooter in the famous mission at bin Laden's compound in the Pakistani garrison city of Abbottabad in 2011.

The 38-year-old commando described how after making it into the compound with his team, he entered the room and saw bin Laden. 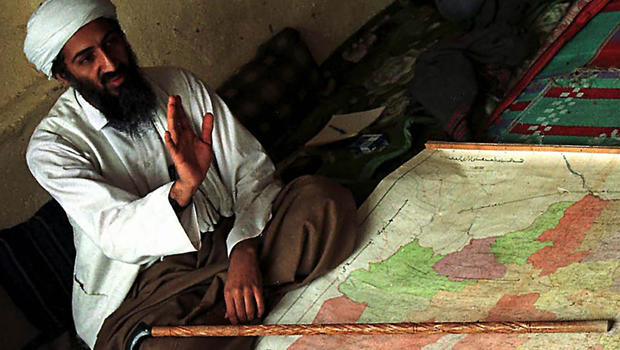 "Standing on two feet in front of me, with his hands on his wife's shoulders behind her was the face that I'd seen thousands of times, UBL," he said. "Very quickly I recognised him and then it was just pop, pop pop."

After bin Laden's death, the SEALs' mission was not over. O'Neill described the team's harrowing 90-minute flight back to Afghanistan after completing the raid on May 2, saying the team knew at any moment they could be shot down from the sky.

"Eighty-something minutes into it, somebody came over the radio to everybody and said, 'All right gentleman for the first time in your lives you're going to be happy to hear this.... welcome to Afghanistan,'" he says.

"And everyone was like; oh my God.... we just did it. We just pulled it off and we got him. And we all lived. We're all fine. It was insane. So then, there was high-fiving and stuff. Guys were, cause I mean, we got Usama bin Laden and we're going to live....amazing."

O'Neill said that he and the other SEALs did not think they would make it out of the compound, but he said they felt that the mission would be worth sacrificing their own lives.

"We are going to die eventually, this is a good way to go and it's worth it to kill him," he said they thought. "He's going to die with us."

O'Neill has faced heat from other navy SEALs who have either discredited his claims or said that it's impossible for O'Neill to know that it was his bullets that struck and killed bin Laden.

Without directly addressing O'Neill and his claims, the military brass wrote a timely letter criticizing SEALs who take public credit for their actions.

World could be entering worst part of pandemic: Bill Gates on Omicron surge