Pretoria: Mother of the deceased Reeva Steenkamp has revealed the reason behind her reluctantly accepting money from her daughter's killer Oscar Pistorius.

June Steenkamp and her husband Barry have received £ 340 every month from the Paralympic athlete, starting in March 2013 but turned down a lump sum of £ 21,000 from the sale of his car.

Now June has revealed that they had been forced to accept the 'blood money' after her husband Barry suffered a stroke two months after Reeva was killed, and the couple were evicted from their home when their landlord discovered that they were bankrupt, The Mirror reported. 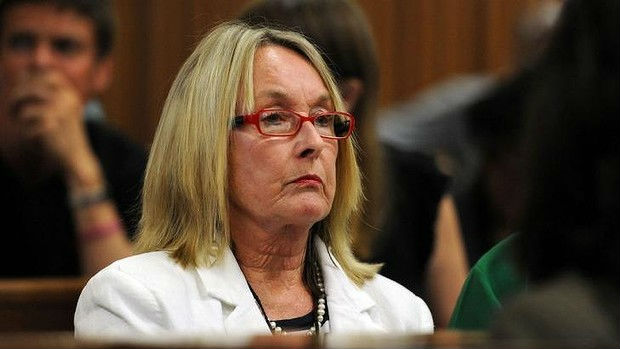 June said that they didn't have much choice, adding that they were in such a bad way, they didn't even have food on the table and so it was that or starve. She admitted that she wasn't happy about it and it did make her uncomfortable. But added that they are going to pay back every single cent.

June also revealed that Pistorius has made them other offers, which they turned down. She added that thankfully now they are in a position where they can say that they don't want any money from the jailed Paralympian.

June claimed that her child was priceless, and added that Pistorius can't buy her daughter's life.

Pistorius shot Reeva dead as she cowered in his bathroom on Valentine's Day last year, claiming that he thought she was an intruder before shooting her through the bathroom door. He was cleared of premeditated murder, convicted of the lesser charge of culpable homicide, jailed for five years only last month, but could be released under supervision after just 10 months behind bars.

June has now written a book 'Reeva: A Mother's Story', that reveals she believes her daughter had decided to leave Pistorius on the night she died because of their constant fights, the report added.