Mumbai: Director Farah Khan released a new song titled ‘Sharabi’ within the first few days of her film ‘Happy New Year’ release, but it was soon taken down as the makers received a legal notice by record company Three Records.

The song has been sung by Manj, a former member of the Punjabi rap band RDB. RDB was comprised of Manj, his brother Surj and another member Kuly (Kuljeet Ral). But the band split after the death of Kuly. The song was originally composed by the brothers when Manj was a part of RDB under the record label Three Records, but for ‘Happy New Year’ Manj recorded the song without giving any credit to his brother.

According to a report in a leading daily, Manj sold the song to Vishal-Shekhar (the music directors of HNY) with fake documents, thus creating a copyright infringement issue. Surj along with Three Records has sent Red Chillies Entertainment a legal notice requesting the song to either be taken down or the credits to be rectified. 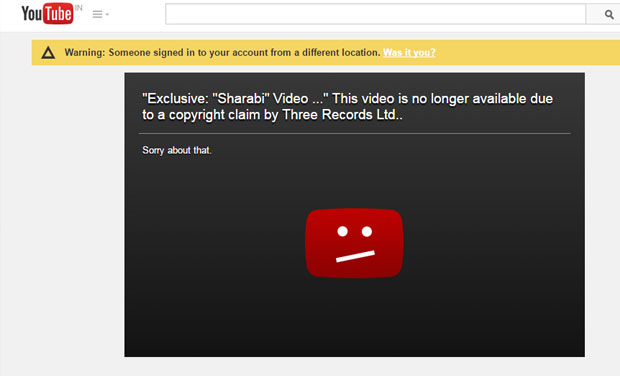 Red Chillies had agreed to rectify the issue, but they haven’t come up with any solution as of now.

Listen to the original song here: