Oscar Pistorius, left front, greets his uncle Arnold Pistorius, right, and other family members as he is led out of court in Pretoria, South Africa, on Tuesday. (Photo: AP)

Johannesburg: South African prison officials say Oscar Pistorius spent his first night in a single cell in the hospital wing of a prison in the capital, Pretoria.

Prison commissioner Zebilon Monama told the South African Press Association that Pistorius seemed confused and tired when he entered the Kgosi Mampuru facility and was visited by the jail's psychologist and chaplain on Tuesday evening. 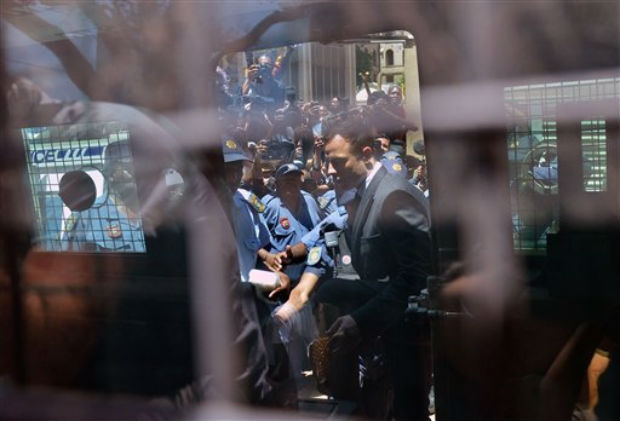 Oscar Pistorius, is led to an awaiting police vehicle to be take to prison outside the
court in Pretoria, South Africa, on Tuesday. (Photo: AP)

He said Pistorius shares the hospital ward with eight other prisoners with disabilities. 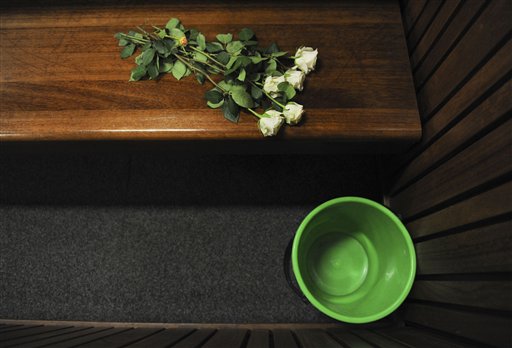 Flowers and a bucket placed at the dock where Oscar Pistorius sat in court in Pretoria,
South Africa, Tuesday, Oct. 21, 2014. (Photo: AP)

Read: Timeline of events in the Oscar Pistorius trial

The athlete had a medical examination before being locked in his cell. The hospital wing has routine 24-hour observation with two nurses on duty.

Read: Oscar Pistorius sentenced to jail: All you need to know about the verdict

Horoscope 21 May 2022, Your Daily Astroguide