Mumbai: Here are the first look posters of the Ajay Devgn-starrer ‘Action Jackson’. The posters were unveiled in a fun interactive way on Twitter.
Director Prabhu Deva asked fans to tweet with '#ActionJackson' to reveal the new posters and also get the movie trending on social media. After a few hours he ‘unlocked’ the film’s explosive poster.

In the poster Ajay Devgn is seen showing off his famous Lord Shiva tattoo and a ripped body in a half open purple shirt and sunglasses. The film’s tagline reads, “Naa Commitment, Naa Appointment, Only Punishment’. The second poster features only Ajay (all covered up this time), sporting dark glasses and holding up his flaming finger. 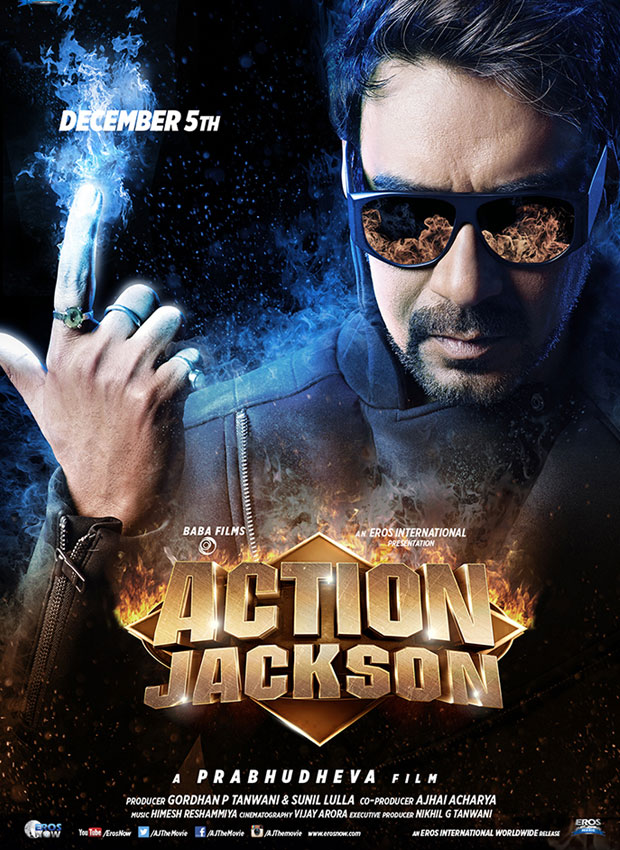