Stavanger, Norway: An Indo-Pak and Hindu-Muslim combination of Kailash Satyarthi and Malala Yousafzai on Friday shared the Nobel Peace Prize honours for 2014 for their work on promoting child rights in the troubled sub-continent.

60-year-old Satyarthi, who runs an NGO in India has been at the forefront against child labour since the 1990s. His organisation ‘Bachpan Bachao Andolan’ has rescued 0ver 80,000 children from trafficking and slavery. He has also been involved with the ‘Global March Against Child Labour’ and has been credited for enactment of national, international legislations on child labour and education.

HS Phoolka,Lawyer Bachpan Bachao andolan on Kailash Satyarthi : Moment of great pride for the country, it is a great achievement

"The Norwegian Nobel Committee has decided that the Nobel Peace Prize for 2014 is to be awarded to Kailash Satyarthi and Malala Yousafzai for their struggle against the suppression of children and young people and for the right of all children to education," the jury said.

Satyarthi, who runs NGO Bachpan Bachao Aandolan (Save Childhood Movement), has been "focusing on the grave exploitation of children for financial gain," the Nobel committee said.

With the help of NGOs and activists, Satyarthi has organised several raids on factories where children were being made to work by force. Before turning into an activist at the age of 26, Satyarthi was an electrical engineer.

“Extremely delighted. This is recognition of our fight for child rights,” he said after winning the top honour.

“I know Malala Yousafzai personally, will invite her to work with me,” the Nobel Peace Prize winner said.

The Committee said it "regards it as an important point for a Hindu and a Muslim, an Indian and a Pakistani, to join in a common struggle for education and against extremism."

Malala, who was nominated in the peace prize category last year also, had displayed tremendous courage even after the Taliban attack when she resolutely expressed her determination to carry on with her campaign for child rights and girls education especially in a country like Pakistan.

She has become the youngest Nobel laureate. 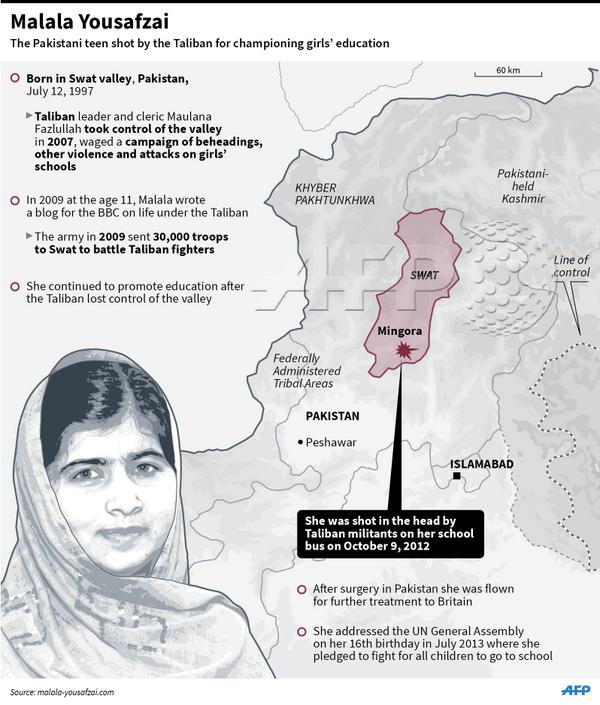 The Nobel Committee said it "regards it as an important point for a Hindu and a Muslim, an Indian and a Pakistani, to join in a common struggle for education and against extremism."

The founder of the Nobel Prizes, Swedish industrialist Alfred Nobel, said the prize committee should give the prize to "the person who shall have done the most or the best work for fraternity between nations, for the abolition or reduction of standing armies and for the holding and promotion of peace congresses."

The committee has interpreted those instructions differently over time, widening the concept of peace work to include efforts to improve human rights, fight poverty and clean up the environment.