After Japan, 'English Vinglish' to hit screens in Romania

The 'English Vinglish' poster in Romania.

Mumbai: Close on the heels of the stupendous success of Sridevi's comeback film 'English Vinglish' in Japan where the film garnered box office collections of a whopping $ 1.4 million plus, Eros International is all set to release the blockbuster in Romania this month on the 24th of October across 15 screens approx.

The film has performed exceptionally well in other new markets like South Korea, Hong Kong, Germany and Taiwan too and the team is confident of its continued appreciation in new territories.

'English Vinglish', directed by Gauri Shinde released in Oct 2012 and has since fascinated audiences worldwide with its universal subject of people living abroad in an English world trying hard to learn English to be accepted by their society.

'Cocktail' and 'Zindagi Na Milegi Dobara' are some of the other releases by Eros which have enjoyed success in Romania. 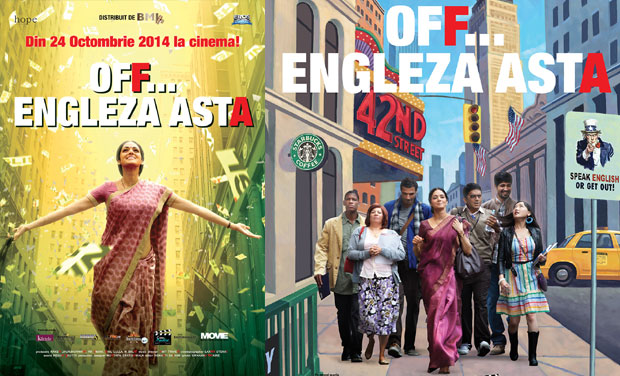