A still from the film 'Action Jackson'.

Mumbai: Here he is! Action Jackson, oops... we mean Ajay Devgn. The first look of the actor in the Prabhu Deva directed film has finally released and we must say, we are very impressed with this still. Now we just have to wait and watch the film (and the trailer before that of course).

Deva who is often called India’s Michael Jackson will pay a tribute to the late pop icon in, ‘Action Jackson’. A lavish song featuring Ajay Devgn and Prabhu is to be shot in a little while, and according to reliable sources, the choreographer-turned-director will break into a jig and pull of some of Michael’s trademark steps. 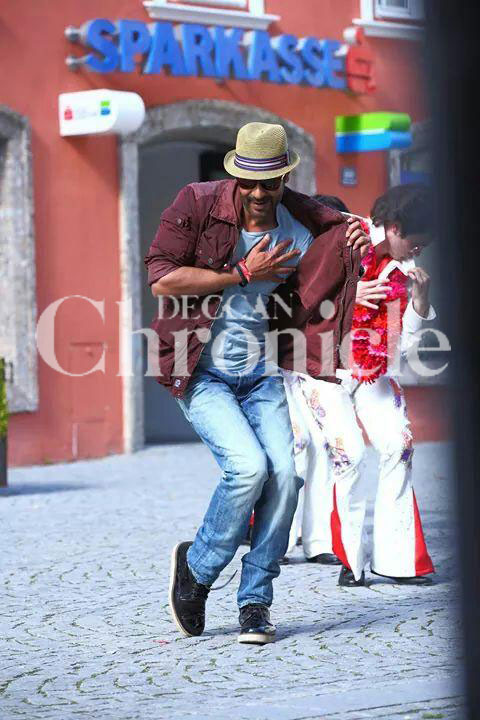 The film also stars Sonakshi Sinha. What do you think of Ajay’s look?