New Delhi: A white tiger on Tuesday attacked and killed a schoolboy who appeared to have jumped or fallen into its enclosure at the zoo in the Indian capital, witnesses said.

"The boy seems to have leapt over the railing into the tiger enclosure. It was a white tiger that attacked," zoo manager Riaz Khan told AFP. "We are trying to find out who this boy was and why he did what he did. The police are here and they are investigating," he said.

A witness said he raced to the tiger enclosure at the New Delhi zoo after hearing screams, to see the boy locked in the tiger's jaws, "writhing badly in pain". "Around 1.30 pm, when we were in the reptiles area, we heard very loud screams," Himanshu, who only gave one name, told TV news channel.

"We saw some kids throwing in small sticks and stones inside the tiger enclosure." "Then we saw that a white tiger had caught a boy by his neck and he was writhing badly in pain. "He kept suffering for the next 10-15 minutes but nobody helped him." 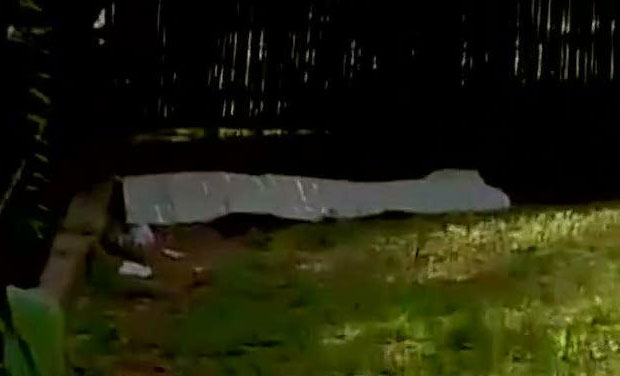 (Dead body of the student mauled by a white tiger in a zoo in Delhi: ANI Twitter)

Himanshu said the railing of the tiger enclosure was "very low" and speculated that the boy may have fallen inside.

"I called the police, the police came very quickly, but the guy couldn't be saved, he died."

It was not immediately known what would happen to the animal.

White tigers are found in southern and eastern Asia, particularly India, and owe their appearance to a recessive gene. They are regarded as an endangered species.

MS Randhawa,DCP on youth killed by white tiger: Maksood was 19-20year old,there was a trench here,he fell into it pic.twitter.com/qUk0lqyIRY

26 killed as tractor-trolley falls into pond in UP's Kanpur