Mumbai: Suzette Jordon – unfortunately remembered as ‘The Park Street rape victim’ – had another tryst with barbarity at the restaurant of Ginger hotel, Hazra in Kolkata on Sunday. She was denied entry for being a rape survivor.

Jordon, woman who refused to hide her face and came out in open to fight for justice, felt humiliated when a junior staff told her, “you cannot enter”. She was with her fiancé.

According to a conversation between she and her friend Harrish Iyer, which the latter put up on Facebook, Jordon went up to the manager asking for a valid reason and he replied: "You are the Park Street rape victim”. 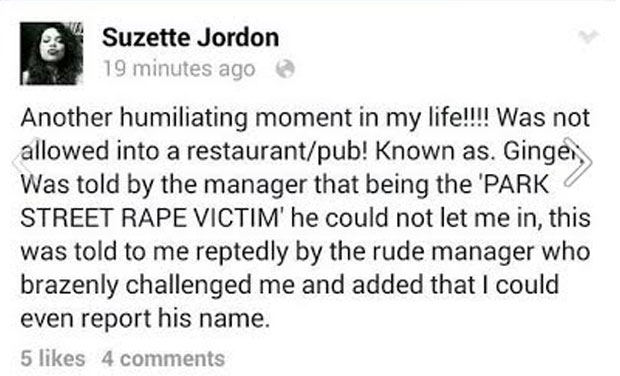 The manager repeated his statement thrice in front of at least 20 people, embarrassing Jordon. But none came to protest and were busy eating. Jordon called a reporter from a Bengali news channel to the restaurant who reached within minutes. She was abused too by the manager.

Jordon is about to register a complaint on Monday but she is afraid that the police might question her integrity on why she was reporting it late.

The manager also challenged her to report his name. When Deccan Chronicle tried to contact the hotel to find out the reason behind such behaviour, they did not take the call. See if they take yours.

Few hours after the news (first published in DC) broke, people from Kolkata took to social media protesting against the act and started a Facebook page ‘Boycott Ginger Restaurant’. 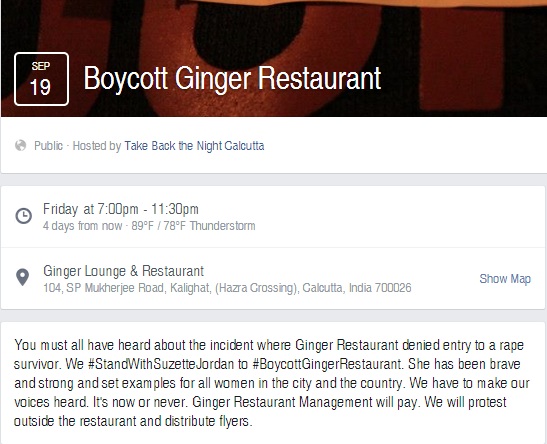 India tells China: We will discuss A to Z, not just south bank of Pangong Tso

Every third professional has lost his job since corona