Suchitra Krishnamoorthi. (Photo: DC)
Hyderabad: We all love the smell of the first rain on dry earth, and it was the exact inspiration that the artist in Suchitra Krishnamoorthi was waiting to be awakened again.
After a break of few years, the inspiration that Suchitra was waiting for was Petrichor. “The word itself became an inspiration. It means the first scent of rain on parched earth,” she explains about her first show since  2009.
The actress will be bringing her latest series of paintings to the city as part of a charity show. The proceeds will go to Prathyusha Support, the NGO run by Tollywood’s Samantha.
This latest series also marks a departure in style and philosophy of Suchitra’s art. “I have moved on from figurative  to more abstract works. Also earlier, there was a lot of angst in my work, which isn’t there anymore. I think I have reached a point where I am enjoying the process instead of making a statement,” says the actress, who has had her fair share of troubles in the past. 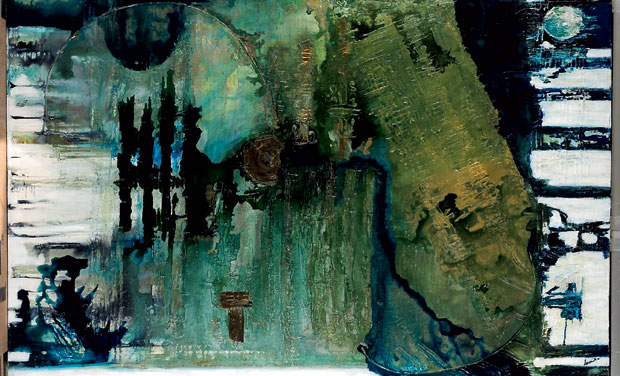 Suchitra’s roller-coaster life even made it into print as a book, Drama Queen, released late last year. In the book, she speaks of her divorce from filmmaker Shekhar Kapur, and the effects of a condition that she suffers from Aphallatosis (a mental disorder arising from lack of sex). “I will also be doing a reading of my book, so it will be an art-literary event. Also, a few of my works that are in the book will be on display at the show,” she says.
Although she hasn’t met Samantha personally, they have been communicating over text messages.
“I am just glad it is going for a good cause. As of now, I am very flexible with the percentage that is going to charity. Once the sales are done, I may just donate more than the planned percentage,” says the actress, who will also be putting her designer candles on sale in the city.
Meanwhile, happy to associate with Suchitra, Samantha said in a statement, “As I am shooting I may not be present but in sprit I am there.”
...
Tags: lifestyle, art, suchitra krishnamoorthi