Others include the rest of the smartphone brands such as HTC, Nokia, Motorola, ASUS, BlackBerry and the rest combined

#2: Apple Inc. is an American multinational corporation headquartered in Cupertino, California. Apple was founded by Steve Jobs, Steve Wozniak, and Ronald Wayne on April 1, 1976, to develop and sell personal computers

#3: Huawei Technologies Co. Ltd. is a Chinese multinational networking and telecommunications equipment and services company headquartered in Shenzhen, Guangdong. Huawei was founded in 1987 by ex-military officer Ren Zhengfei and formed as a private

#4: Lenovo Group Ltd. is a Chinese multinational computer technology company with headquarters in Beijing, China, and Morrisville, North Carolina, United States. Lenovo was founded in Beijing in 1984 as Legend and was incorporated in Hong Kong in

#5: Xiaomi Inc. is a privately owned Chinese electronics company. Xiaomi was co-founded by eight partners on June 6, 2010. In the first round of funding, institutional investors included Temasek Holdings, a Singaporean government-owned investment

Others include the rest of the smartphone brands such as HTC, Nokia, Motorola, ASUS, BlackBerry and the rest combined
Tags: samsung, apple, technology, lenovo, lg, gallery, latest

MORE FROM Technology, Mobiles and Tabs

Everything Apple launched at its September iPhone event 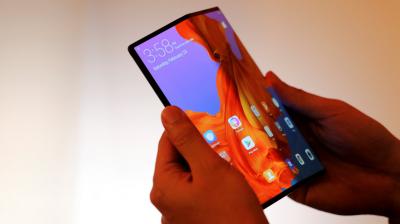 The 6 most awaited flagship phones of the year