A view of Gateway of India during the high tide due to continue rain in Mumbai (Photo: PTI)

New Delhi: India's monsoon has covered the entire country, the weather office said on Thursday, two days behind the normal schedule in a year that is forecast to bring below average rains.

The revival of monsoon rains in the grain bowl of northwest and central regions should help speed up sowing of main summer crops such as rice, corn, soybean and cotton. 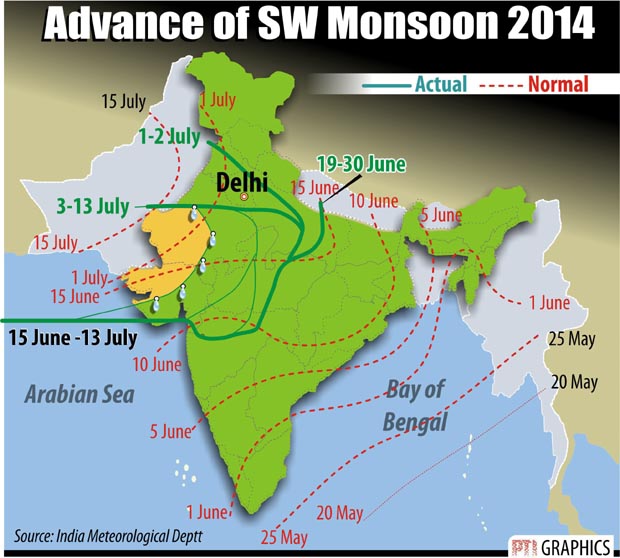 Poor rains since the start of the June-September season had raised concerns of a first drought in five years.

Rains are vital to country's farm sector, which accounts for about 14% of the country's nearly $2 trillion economy. Two-thirds of its 1.2 billion population live in rural areas.

India's history isn't just about salvery, but it's about warriors too: Modi