New Delhi: Thousands of students are confused and uncertain about college admissions in Delhi. All thanks to the dispute over Delhi University’s 4-year undergraduate programme or FYUP.

Toughening its stand, the University Grants Commission (UGC) on Monday, asked the Delhi University and all its colleges to conduct admissions only under the three-year undergraduate programme and not under the controversial FYUP while warning of ‘consequences’ if its direction is violated.

DU has refused to follow an order to scrap the 4-year-system, which has received flak from students and teachers.

During the day, students in the capital protested against the order in front of the HRD ministry.

Delhi University Teachers Association (DUTA) along with several student organisations such as NSUI and ABVP demanded immediate roll back of the FYUP and the VC's resignation.

This is the second directive by UGC on scrapping FYUP in the past few days. 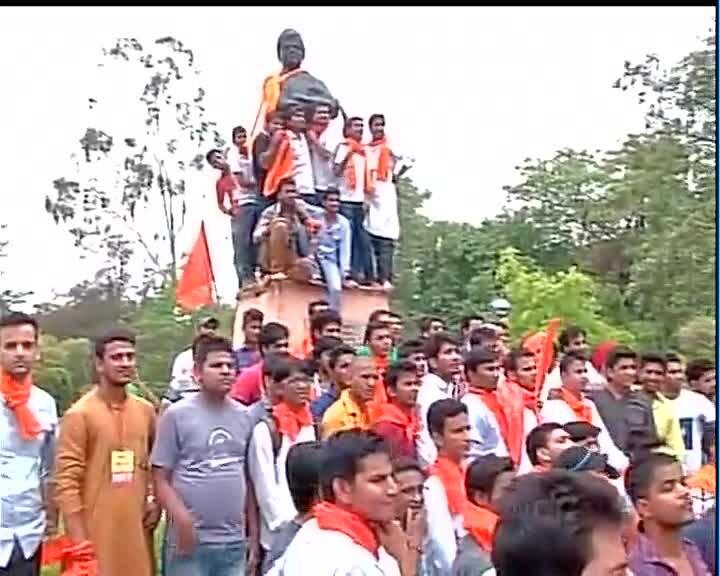 Meanwhile, UGC sent letters to the principals of DU's 70-odd colleges, directing them to strictly follow the three-year under-graduate course.

The UGC direction for the coming academic session came a day after the Delhi University struck a defiant note, rejecting the Commission's directive to scrap the controversial four-year undergraduate programme (FYUP).

"Under no circumstances shall the University of Delhi or any of the colleges under it admit students to the FYUP for academic year 2014-15," the Commission said in a statement.

"And further that any deviation from this directive either by the University of Delhi or any of the colleges under it shall be deemed to be in contravention of the UGC Act, 1956 with its consequences," it said.

How the decision will affect students?

Officials said disobeying the UGC direction could spell trouble for Delhi University as it could stand to lose grants and degrees offered by the varsity could be de-recognised.

The UGC has also decided to constitute a 10-member committee with representations from teachers, students and statutory bodies to advice DU for the implementation of the directive.

They would ensure that students, who were admitted in 2013-14 are able to migrate to the three-year programme, without any hassle and acquire necessary academic and other competencies during the next two academic years, it said.

The committee would comprise the vice chairman of the UGC, president of DUTA and students' body DUSU among others.

The Delhi University, however, stood by the programme and in a reply to the commission has maintained that it has followed due procedure.

BJP had during the elections promised to scrap the FYUP if it comes to power.

The UGC is a statutory organisation responsible for co-ordination, determination and maintenance of standards of education as well of disbursal of funds for universities in the country.

Here is how Twitter reacted to the FYUP-DU row:

Delhi University 4 years course! Not been approved by the President. Misleading the students. Who is responsible for #DUScam? @PTI_News

Delhi University is tilting at the windmills with a four-year undergraduate programme in an age where education is not about 2 or 4!