Kochi: Another Malayali girl is making waves in Kollywood.  Mahima Nambiar, the pretty girl from Kasaragod, is excited about her run of luck in the film industry. 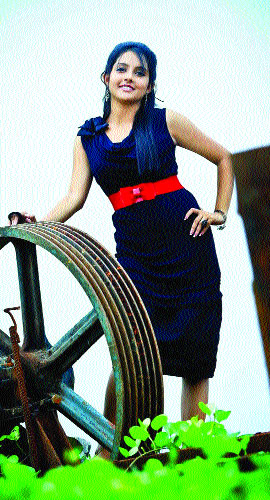 Her recently released movie Ennammo Nadakkathu is on a success run at the box office. Mahima started her career by playing a school girl in the National Award winning Tamil movie Sattai. “After that, I took a year’s sabbatical to complete my school. I was happy that I had an extremely good debut with a great team. If I had continued to act without taking a gap, there was a chance for getting typecast,” says Mahima, who is doing B.A. Literature.
But she returned to Kollywood, not with one movie, but four projects back-to-back. She had earlier played a small role in the Mollywood film Kaaryasthan, however she became a recognised face only after her debut in Kollywood. She admits that Mollywood provides little opportunity for newcomers. “Kollywood accepts newcomers openly. Even the Malayali audience is getting to know me through my Tamil films. But I am not feeling bad about not getting a good opening in Mollywood. In fact, I am waiting for a good Malayalam project to come my way.”
Mahima, who just loves to talk, says sometimes she can’t stop talking, and that during the shoot, the director has to often warn her. She laughs, “I love to talk a lot and surprisingly, all the roles that come to me are of a silent character, so the director has to warn me that the camera is starting to roll. During my first film, I didn’t know the language so the talk was less, now I am good with Tamil.”
Apart from acting, Mahima loves to sing and dance. “Now I am practicing Bharatanatyam. I tried learning music in my school days, but wasn’t able to continue the process. Most probably, I will get a chance to sing for a film and I am keenly waiting for that day.”
...
Tags: mollywood, entertainment