Try out other alternatives for Google Play

Mumbai: The moment you decide to download Apps, your eyes searches out for Google Play. But there are even other App Stores which can be of great help to you: 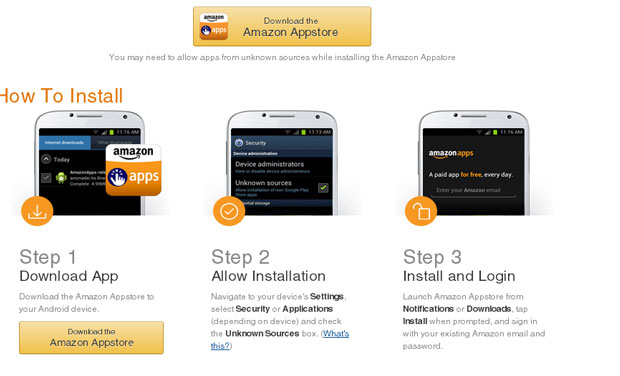 The Amazon App Store can be called as a close competitor of Google Play. It offers 100,000 apps which caters Android and Amazon Kindle devices. Amazon claims to maintain strict quality control, so it won’t affect the security settings of your Android. Additionally, Amazon has two great features. Amazon users can one paid app for free every day. 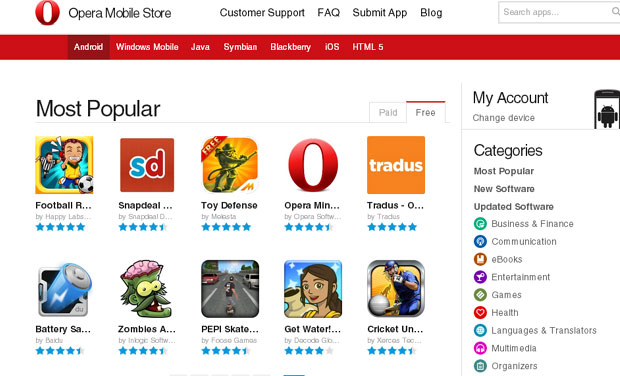 The Opera Mobile Store is available to Opera users and users of other mobile browsers as well.  The official website of this app store claims that it has been made available across 200 countries. The Opera Mobile Store uses Appia’s storefront commerce technology and leverages a wide catalog of applications for phones with Java, Symbian, BlackBerry and Android operating systems. Opera claims having 100,000 apps and receives over 60 million visitors per month on Opera Mobile Store. 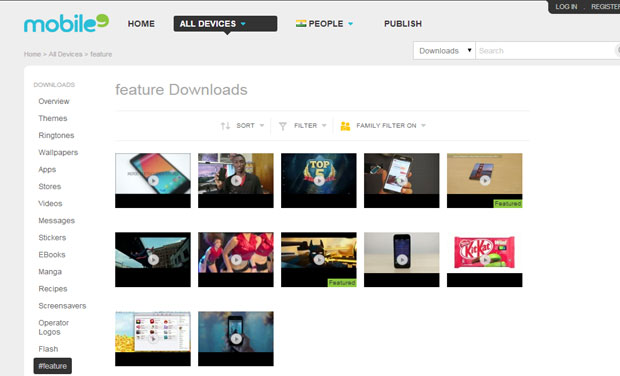 Mobile9 is partly a social network and partly an app store. Mobile9 has several downloadable content, which include free ringtones, wallpapers, and apps. You can download its apps on Android, Apple and Windows Phone. 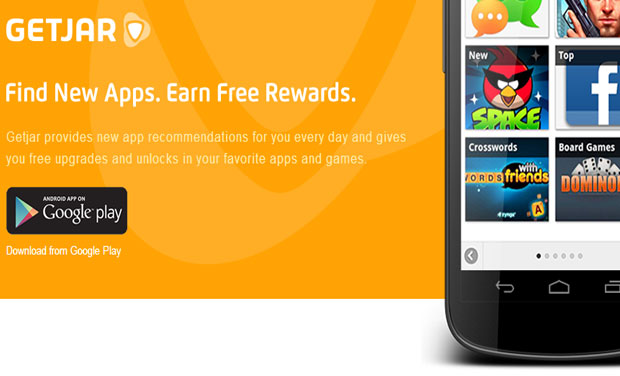 GetJar offers users paid apps at no charge. It’s a great alternative for developers or publishers, looking to test out the freemium model for their paid apps. With GetJar, publishers can integrate GetJar’s in-app currency or advertising service and generate revenue via in-app purchases or ads. As an added bonus, GetJar has a user base of 50 million and employs a recommendation algorithm to tailor suggested apps to each user's taste. 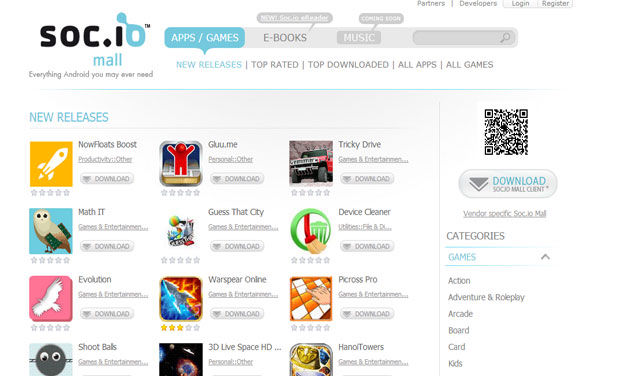 Soci.o is the smallest app store on the list with just 10,000 apps (including games), but the store includes a few major app store players including Twitter, Cut the Rope, and Draw Something. Soc.io doubles as an e-book store. It has divided its apps in several categories like top rated, new releases, top downloaded, all apps and all games.