Online world has been abuzz by SRK"s anti Narendra Modi tweet which turned out to be a fake one.

Mumbai: Pranks by trolls can be fun to an extent but not when it comes to maligning an image of a global star. In the past few days, online world has been constantly sharing a tweet claiming to be a tweet of Shah Rukh Khan. The tweet, the tone of which is anti Narendra Modi, has evoked extreme reactions from everyone. 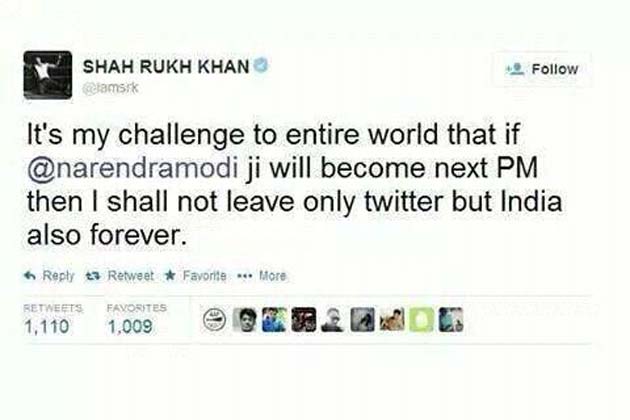 However, Shah Rukh, currently shooting for 'Happy New Year', took notice of this and was quick to react.

Good time to tell all fools who r talking of a tweet that I didn't tweet, u suck as much as the grammar of that fake tweet & I'm being kind.

Shah Rukh  uses twitter to not only connect with his fans but also share his personal thoughts on his shoots, travel etc. However, reacting to all the negativity around the fake tweet, he reached out to everyone with the above tweet.