'Singh is Bling' has nothing to do with 'Singh is Kinng'

'Singh Is Bling' movie poster alongside 'Singh Is Kinng'

Mumbai: The recently announced film, ‘Singh Is Bling’, will see Prabhu Deva collaborating with Akshay Kumar again. The poster has a striking similarity to Vipul Shah’s ‘Singh Is Kinng’ released in 2008. However, the film has nothing to do with the other and it’s not a sequel.

After digging further into this well guarded announcement, it is learnt that Akshay Kumar did a photo shoot a day before he went cleaned shave.

A friend of Akshay told Deccan Chronicle, “Akshay was sporting beard for Gabbar and on the eve when he was told to go clean shaven, he decided to do a quick photo shoot for ‘Singh is Bling’. There was a discussion on what he should wear and once it was locked, the photo shoot with him wearing a turban, holding a gun was done in a matter of few hours.”

After which Akshay posted pictures on twitter of him going clean shaved. 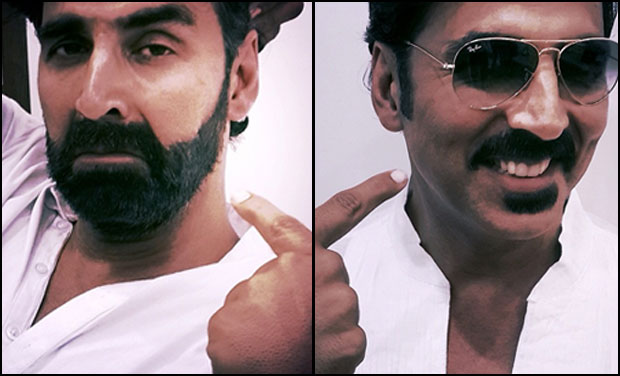 The film will release on a 31st July, 2015 and is most likely to have a fresh face opposite Akshay Kumar.

Priyanka Chopra to team up with Raj Nidimoru-Krishna DK?