In the pre-satellite television days, His Master Voice was not just a record label but a synonym for a golden voice. In the swinging 60’s and 70’s, the radio was literally your window to the world along with the black and white TV set.

The 30-minute weekly Chitrahaar on Doordarshan was a much-awaited affair as it whetted your appetite for movie songs. But it was TV presenter Ameen Sayani’s deep-throated awaaz that shook tired souls out of their slumber as he dramatically urged you to listen to Lata Mangeshkar’s Lag ja gale, ki phir haseen raat ho na ho. Suddenly the dark night was filled with magic. It didn’t matter that she wore plain saris, was in pigtails and had no pancake whatsoever.

Her voice was and continues to define Lata Mangeshkar. But this story is not about legendary singers like her. This is about the new brood of playback singers for whom packaging is an integral part of performance. That’s why even a plain Jane Shreya Ghoshal has transformed herself into a glam siren when she appeared as a judge on Indian Idol.

Blame it on the Indian reality song shows like Indian Idol, Zee Sare Gama etc, which pick winners not just for their ability to sing various genres but their glam appeal too. So the voice can be weak, or even slightly off key, but the look has to be apt. With technological advancement in music, mediocre voices can be tweaked, if the face is hot enough. For a singer today, it’s the glam avatar that is the clinching factor. We talk to a few popular Gen Y singers to understand this new trend. 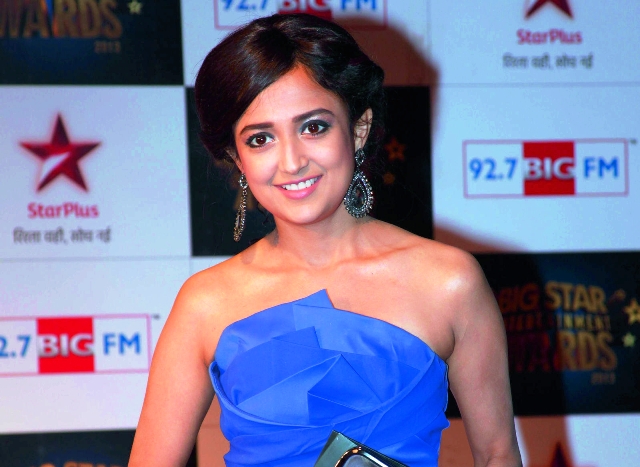 When Bollywood singer Monali Thakur crooned Sawaar loon from Lootera at a recent awards function, you couldn’t help notice how the petite beauty was dressed in a short figure-hugging outfit, unlike yesteryear singers who walked on to the stage to receive awards in Kanjeevarams. Monali was nominated for best playback singing in 2014 GIMA awards for this song. “If you’re in the entertainment industry, it is important to look presentable. It’s not about wearing designer clothes, for a singer it is important to be comfortable in whatever you’re wearing. What you wear must suit your personality and you should be able to carry yourself well. It’s only if you’re confident about yourself that you can have a good time and let your audience also have a good time,” she says. Monali’s striking looks have led to her making her foray into acting with Nagesh Kukunoor’s Lakshmi. She loves jamming and shaking a leg or two. “I love dance. I have never performed, but I do it to keep myself happy,” says the busy bee who is currently finishing last-minute recordings for her next film Mango, by Abbas Tyrewala.

For someone who doesn’t like to be only known as Loy Mendonsa’s daughter, the light-eyed Alyssa Mendonsa has carved her own niche. She has sung songs like Uff teri ada in Karthik Calling Karthik, Oh Girl and Papa jag jayega in Housefull, Baby when you talk to me in Patiala House, Khaabon ke parinday in Zindagi Na Milegi Dobara, besides her latest hit Khushfehmiyan from One by Two.

Speaking about the glam avatar the recent crop of singers have donned, Alyssa feels, “Having a look is now a part of branding your identity as a singer. In the past, the entire nation heard the song as opposed to ‘saw the song’, so they weren’t conditioned by visuals. The lyrics and melody were quintessential to the success. I, in all honesty, don’t go about structuring my outfits, but I really wear what makes me feel comfortable and empowered as a woman and when you feel good on the inside it shows in your work and in your being.”

This tiny sensation with a deep-throated voice was first noticed on Indian Idol, where her ability to sing high-pitched numbers earned her instant appreciation. This coupled with a cute face and stylish wardrobe made her popular. Her chartbuster number Ram chahe Leela chahe from Ram Leela has made her an overnight sensation. Bhoomi believes it is crucial for a singer to not just sing well but also look good. “Back in the day there were only a handful of playback singers, but today there are so many.

The competition is cut-throat. You have to be better in every manner,” says the singer whose song was one of the nominees at the GIMA 2014. Bhoomi opines, “Musicians in the west have been promoting themselves along with their music for a while now. This trend is fast growing here. The glam factor is important. It is showbiz and the image you portray can get you good mileage.” Another point she makes is, “Your clients who are hiring you for shows do not want a shabby singer to perform on stage. If they are spending the kind of money they are, they do want ‘pretty’ results.”