Recently, when Sandalwood actor Ambareesh was admitted in the hospital, the city got to see the peculiar side of his fans when they put up tents outside the hospital and started pujas and homas, praying for his recovery.

It’s surprising to see the extent to which fans can go to get the attention of their favourite actors. We speak to local actors, who tell us the craziest, funniest and sometimes the cutest things their fans have done for them.

Pretty woman Sanjjanaa, has had her share of fans, but she says there have been some spooky ones too. “I once had this fan who knew where I lived. He’d know all the places I went to, he knew everything including my gym timings. He even visited me at my gym, and say, ‘Ma’am, why did you wear such tiny clothes in that film?’ or ‘Why did you play a romantic role with this actor and not that one?’ He stalked me and the next thing I knew, he joined my gym!” she exclaims.

Actor Jayaram Karthik from Ashwini Nakshatra, who has been swarmed with more than a 2,000 strong female following, at a public event, shares a small story about his cutest fans. “Recently eight kids visited my director’s house asking for me. He said “He doesn’t live here,” and they left. The next day they returned with a painting they made for me. I still have it with me,” he says, still in disbelief. 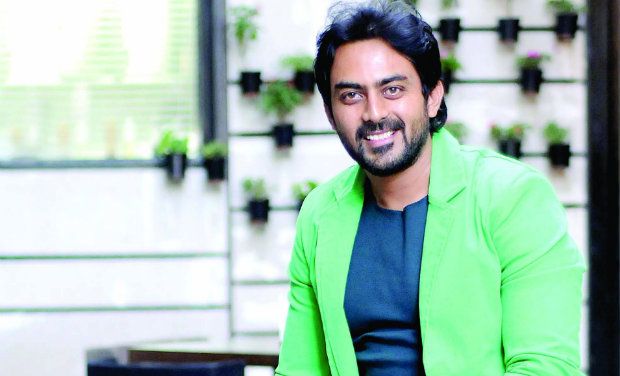 The Upendra couple is another with a humungous fan following. But ask Priyanka about her fans and she has only good things to say. “We’re flooded with paintings and portraits and our drawing room is full of them. There was a fan who made a life-size carving of an elephant in teak wood, and another fan who has Uppi tattooed all over his body! For me, when I was still in Kolkata, there was a fan who wrote letters, using blood! I was very creeped out. But it’s very heart warming to receive such good wishes, except sometimes when people go overboard,” she says.