Show of folk dances from around the globe

For the past few days, Kochi has been humming with folk songs and folk rhythm.  More than 200 artistes from in and outside the country have reached here to entertain the crowd.

However, the most awaited ones are Mantis Dance of Cambodia, Zulu dance of South Africa and Kolam of Sri Lanka. The artistes are very excited about stage arrangements, the city and people’s response towards IFFOK.

The African team who has just landed in the city has seven members and they will be performing the traditional Zulu dance in the festival on Thursday. Sashin Kandhai, team manager says, “We have only heard about Kerala. It is such a beautiful place. It would have been better if we knew the language.”

They will be performing ethnic Zulu dance of South Africa here. “The performance keeps ethnicity in dress and songs. It is a highly energetic and fast moving folk dance. It is played in a story telling manner,” says Sashin.

“One will narrate the story, while the others will dance in accordance.  We are looking forward to the crowd dancing with us,” adds Sashin. 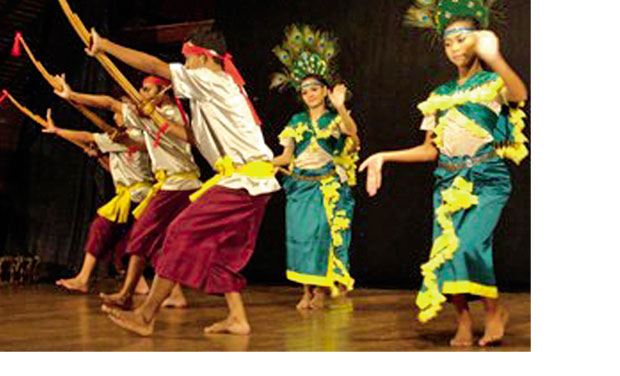 The Sri Lankan team will perform the  Kolam, a traditional and dying art form of Sri Lanka. According to the team co-coordinator, this art form had originated in the fifth century and was performed in villages during certain occasions. Only male actors perform.

Ang Malay, the Cambodia team lead, says, “This will be our first performance in Kochi.

We were supposed to perform yesterday.” The team is busy with their last minute preparations before performance.

The team will be playing their traditional dance in the festival. “The dance has got five parts- Mantis Dance, Peacock Dance, Suoy Dance, fish harvest dance.

The dances talk about happiness and culture of Cambodia. Coconut shells and ploy (an instrument similar to mouth organ) are the instruments used in this art form.”

The teams will be performing at D H ground. The festival will conclude on Thursday.