It now seems to be the season for books set in Chennai. Much Tamil literature has been set in the backdrop of Chennai, but only very recently have several local writers had their plots unfold in the city. For instance, authors Bhargavi Balachandran’s The Crossover Year, Usha Narayanan’s The Madras Mangler and Sumeetha Manikandan’s The Perfect Groom are Chennai-centric and the characters are very Tamizh too. DC met them at the quaint Irish bar, The Moon and Sixpence, at Hablis, an appropriate setting for writers, with portraits of popular Irish authors and quirky Irish sayings on the walls. While the legendary writers James Joyce and George Bernard Shaw overheared our conversation, Bhargavi, Usha and Sumeetha spoke of the idea behind setting their stories in Chennai, the challenges in creating a national appeal for books that are Chennai-centric, who the typical Tamilian is and dispelling the myth that Indian writings are generally sub-standard.

Bhargavi Balachandran did her MBA, worked in banks and sold photocopiers before she realised that writing was her call. Her first book, Seven Across, was a novella set in Chennai. The author’s second book, The Crossover Year, was released recently and the protagonist, Anu, is a TamBrahm woman, who is at a juncture where she decides to quit her day job and follow her heart.

Sumeetha Manikandan’s novella, The Perfect Groom, is about Nithya, who lives in Mylapore, gets married to an Indian in the USA and how her life changes after the temple town girl moves to the US. Interestingly, Sumeetha lives in Mylapore and obviously has written the book with the knowledge of an insider. Her experience of working in various corporate companies and freelance writing came in handy too.

Usha Narayanan’s book, The Madras Mangler, is supposedly the first English thriller that is set in Chennai. The writer, who has about more than two decades of experience in writing, was motivated by an email acquaintance. Bitten by the MS Word bug, she ended up writing a novel, which she reckons gave her the liberty to unleash her imagination.

All three books exude the Chennai atmosphere so much that readers can relate to the characters. In The Madras Mangler’s case, they are even intimidated by the killer on the prowl, who dumps the bodies of his victims in the river Cooum. Their characters go to Marina beach to get rid of corporate claustrophobia, they go to the kaiyendhi bhavans and many other modest eateries and their life revolves around the beautiful temples and utsavams. Following the pattern set by authors like R. K. Narayan, whose fictitious town Malgudi was one of the most searched places on the map, Sujatha, whose hometown, Sri Rangam, was the milieu of many of the renowned writer’s books, and Shobhaa De, in whose books Mumbai plays an important role, these writers, who have all lived in Chennai all their lives, have brought the city alive in their books. Excerpts from our conversation.

Why Chennai?
All the three authors have lived in Chennai all their life and the city was their first choice for the very reason that it is close to their hearts.

Bhargavi: Like the protagonist Anu, I began to write the book when I was at the juncture of giving up my routine job and doing something that would nourish my soul. So when I decided to write my second book, naturally I wanted to place it in Chennai. The book is, in a way, autobiographical. All the things that I like about the place are appreciated by Anu also. Yet, in a way, it is not autobiographical because the character has her own ideologies.

Sumeetha: As I live in Mylapore, I have observed people at close quarters and my lead character, Nithya, has had a closeted upbringing, like many girls who hail from Mylapore. She is bold and has a mind of her own, but succumbs to family pressure too. Mylapore is a setting that I am really familiar with and I was confident that I would be able to describe it flawlessly.

Usha: A few of my characters are bred in Chennai while the others are from other parts of the country. One of my lead characters comes from north India, her mother would scold her for moving to Chennai to study. She thinks that it is not a great place and not safe. Through those characters, I explain that each of us is regional and there is a tug-of-war situation. And I have captured the general impressions of Chennai. The book is everything about our society here

Will the next book be set in Chennai too? 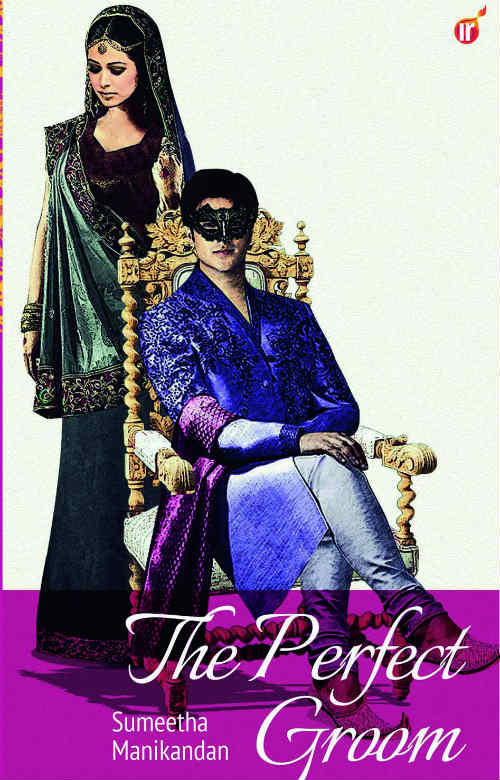 Bhargavi: I will make a conscious effort to set it somewhere else to avoid the autobiographical elements coming in. Since the first two books are set in Chennai, I would love to explore a new setting, and of course, it will take a long time to do extensive research.

Sumeetha: My second book is already in progress and it is again set in Mylapore. I believe that there are many stories here that are worthy enough to be shared. There are many facets to the characters whom we encounter in our city. It is going to be a novella again.

Usha: Although The Madras Mangler was set in Chennai, the place where I have lived all my life, I had to visit the Marina beach that I have visited many times, before writing certain scenes to reproduce it factually, using words. Even though the stories are set in the place where we live, it still involves research. My next book, will be set in a corporate office in Mumbai. Corporate offices in all cities almost look the same and I am also working on another book, which will be on mythology. In an imaginary world, I can go anywhere.

Do Chennai-centric books lack widespread appeal?
Bhargavi: The milieu may be a south Indian setting, but the human emotions are universal. So the readers will be able to connect with the characters.

Sumeetha:  My first novella, which is an e-book, was read by a lot of foreigners, who could relate to the story effortlessly. My co-writers, who are from Pakistan, also find the stories interesting.

Usha: I too think that the intricacies of relationships are the same everywhere. So, I hope Chennai will also be looked upon as a part of India. I believe that readers will not have that alien feeling.

Who is a typical Chennaiite?
Sumeetha: People are becoming broad-minded, but for an essential Tamilian girl, at the back of her mind, she finds the need to please everybody — especially her family.

Bhargavi:  Girls are trying to strike a fine balance between their own values and beliefs and what is expected of them. I believe that our sensibilities have changed — we are grounded in tradition; yet we ensure that we do things that we enjoy. It is all the more challenging for the current generation.

Usha: Chennai has not gone cosmopolitan yet the way Mumbai and Delhi have. Sometime, it makes me think that it is still a village well because everyone is watching and checking you out. There is safety and protection in the city, but it is intrusive at the same time. I explored a certain angle through my characters: marriage is still a priority for girls in Chennai and our familial bonds are stronger. We hold on to traditions although we want to rebel.

Is Indian writing still not up to notch?
Bhargavi: There are myriads of readers who don’t want to read Indian writing because they think it is full of nonsense. That snobbish attitude against Indian writers still exists. But in a way it is true, because the market is filled with many sub-standard books. However, a reader should not judge a book before reading it and every writer has to be given a chance.

Sumeetha: Some bluntly put off our efforts. Many reviews have been good and I ensure that my spirit is not suppressed by the bad ones. At the end of the day, I should keep writing.

Usha: Thanks to Chetan Bhagat, through whom some amount of light was directed on Indian writers for he reached many first-time readers. But naturally, there were imitators, who were not successful, and maybe, because of those writers, many readers are cynical about Indian writers. But authenticity and realism can be found in the books of Indian writers. The shoddy works will sink, the better ones will rise to the top. When that happens, we will be the cream.