Ireland’s rich in culture, history, legends and leprechauns. Our guide Peter’s voice rises with foreboding. As we  drive along the road to Dublin he regales us with the city’s rich, tumultuous past.

Founded by the Vikings in early 5th century, who ruled  it for 300 years, it was  later suppressed and tyrannised by British supremacy. Dublin has been  an inspiration and home to artists, poets, writers and rebels for centuries. A walk through her grand public buildings,  elegant squares, Georgian town houses, grim jails, churches and cathedrals, is a walk through indelible imprints left by the British during their rule here. 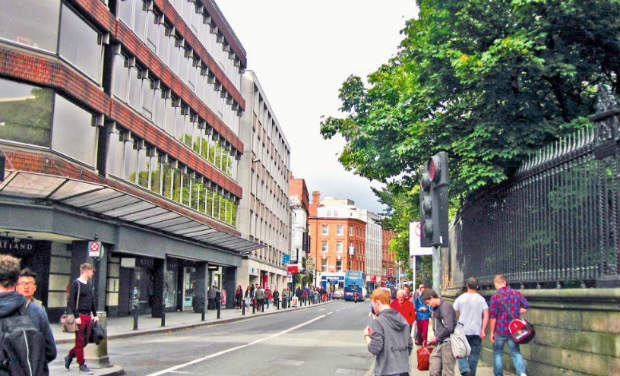 Centuries’ old pubs lurk on cobbled streets and statues commemorate heroes, villains, mythical figures and great literary names;  through it all flows the River Liffey. Her waters are the chief ingredient to what Dubliners claim to be the best pint in the world!

A walk through Dublin  on a cold, crisp October morning is perhaps the best thing for the jaded traveller. We begin with O’Connel Street lined with monuments of  Irish heroes and  the battle scarred façade of the GPO,  where Irish  freedom fighters were besieged   for a week by  the guns of the British army during the Easter rising of 1916.

At the crossroads, stands the imposing marble monolith — the Parnell monument. Further along we enter the most significant, august and the oldest building of   Ireland, the nucleus of  academic brilliance —  Trinity College — the alma mater of some of her most significant sons viz; Oliver Goldsmith, Samuel Beckett, and Jonathan Swift! The imposing grey stone façade  and the semi-circular part of the college green  spread out in front of the main entrance provide the setting for statues of  two of Trinity’s most celebrated alumni — Edmund Burke (1729 - 1797) philosopher and formidable opponent of the French revolution; and Oliver Goldsmith  (1738-1774) the renowned 18th century  satirist and playwright. 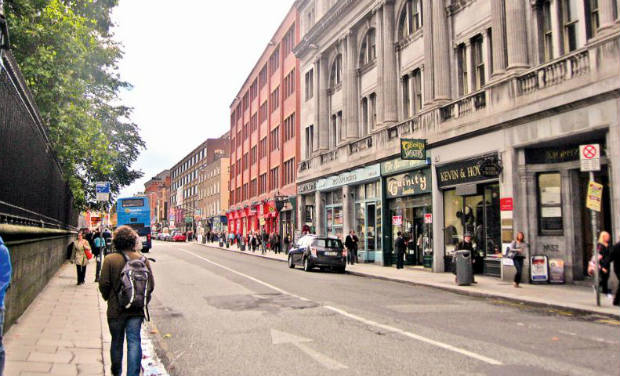 The most intriguing feature of the building is the part that houses the “Book of Kells” the   illustrated and  most treasured  manuscripts. These   are the highest expression of a uniquely Celtic form of religious art. We now wander in to the Old Library,   the most outstanding feature of Trinity college and took 20 years to build. The echoing long room with  sky high oak shelves holds more than 200,000 volumes — an amazing store-house of knowledge! The Long Room aptly named is 200-ft-long. It also displays marble busts of Ireland’s scholars.

Phoenix Park rounds off our afternoon a walk among  verdant grass, lakes, woodland shrubberies sprinkled with monuments and memorials. The Phoenix Column, a stone pillar erected by L. Chesterfield for the park’s  opening  in 1745 is said to be the spot where the original spring that gave the park its name rises.

The evening’s sun casts long shadows, we are  satiated with a day well spent by   turning the pages of history. We look  forward to an evening of Irish songs and dance  while quaffing  Guiness!