He’s been featured in the prestigious Forbes 30 Under 30 list, and one conversation with the enterprising Krishna Ramkumar, and it’s easy to understand why. The 28-year-old IIT graduate’s work in striving to provide a better education model for low-income students from across India has been highly successful — his brainchild, Avanti, is the result of a college dream that came to life.

Inspiration first struck Krishna in 2008, as a student at IIT Mumbai, watching some of his classmates who had worked hard to stake their claim at one of the top institutes in the country. “My college was filled with students from the middle class and upper-middle class. However, there were exceptions who came from rural backgrounds. Moreover, I realised that while there were festivals promoting cultural, extra-curricular and teaching activities, there was none for social work. This is when Akshay Saxena (President, Avanti) and I decided to create a youth movement through which we would mentor students in high school and work closely with them to provide a better education in the future. I quit my job at Boston Consulting Group and began Avanti as the CEO,” says Krishna. 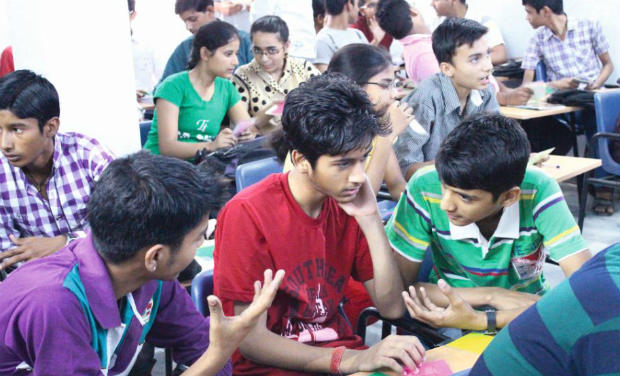 So how does their project work? “Well, we have two models. In the first one, we select groups of promising students from low-income families to attend our coaching classes. In the second set up, we tie up with schools like Navodaya Vidyalaya, affiliated with the Central government, which are rurally located. There is very little conventional lecturing. Instead, focus is on teaching students how to learn from books and their peers — resources that are more abundant, accessible and consistent in quality. They are encouraged to study what they want and mingle with other individuals of like-minded academic aptitude,” explains Krishna. The students also benefit from having mentors from IITs and top private engineering colleges. At over 300 mentors, Avanti’s college student volunteer network is one of India’s largest. “We are supported by grants from the Draper Richards Kaplan Foundation, Echoing Green, The PanIIT alumni organisation, UnLtd India and generous individual donors in India and the United States,” he adds.

Apart from stand-alone centres in Mumbai, Delhi and Kanpur and centres at Chennai Corporation schools, Avanti has also received cooperation from the Central Tibetan Administration Department of Education to serve students in three Tibetan schools in Uttarakhand and Karnataka. Their low-cost model saw seven students from their first batch enter the IITs! “Now, our social business enterprise serves almost 900 students and we partner with several schools as well to improve the quality of education. We next plan to expand inside the school system, and implement our pedagogy internally. In the next couple of years, we wish to help more than 5,000 students and enter the tier 2 and 3 cities as well," concludes Krishna, with a smile.

CPR: A lifesaver or death ritual?

Caught in the Firing Line