Eighteen-year-old Armaan Malik and 23-year-old Amal Malik are on top of the world after the golden opportunity of working with Salman Khan in his upcoming film 'Jai Ho'. While Armaan Malik sang songs, his older brother Amal composed two of them.

Making his debut as a solo composer with Jai Ho, Amal says, “We have grown up in front of Sohail Bhai and Salman Bhai. One day, they were out with my dad and Salman asked ‘What are your kids doing?’ Dad said Armaan is singing and Amal composes music, so he asked for us to meet him. With Salman Bhai, you don’t need an appointment, you just land up. I played him some of my compositions and one of them was the track Love you till the end. Later, he called and said ‘I want this song for my movie’.” 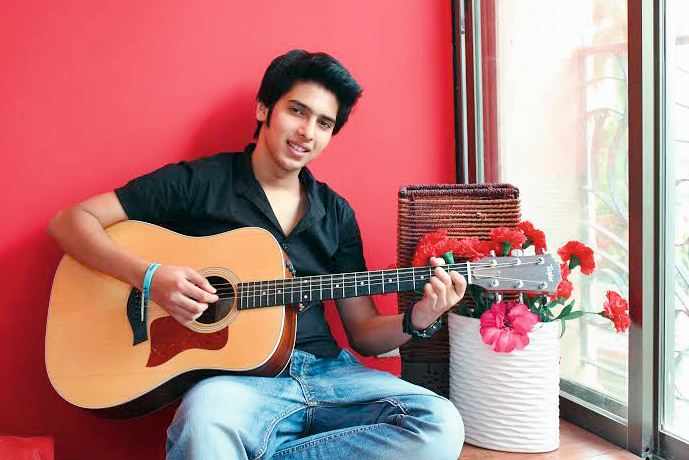 Being the sons of Daboo Malik and the nephews of renowned Bollywood film music composer Anu Malik, how easy or tough was it to make an entry into the music industry? “As a child singer, I never sang a single track for my father or uncle. I got my first break in Bhootnath, solely on my credit, and went on to sing for around 20 films for all the leading music composers. Ultimately, it’s your talent that counts,” Armaan replies.

The Mumbai-based brothers visit Hyderabad often as their mother Jyoti Malik is from the city. They are even familiar with the language since their grandmother continues to speak to them in Telugu. Armaan has also sung a few songs for Tollywood films, as he shares, “I have sung for Ram Gopal Verma’s 'Rakhta Charitra', and many Telugu jingles as well. Tollywood has a special place in my heart because Telugu is my mother-tongue and when I sing in the language, my mom feels really happy.”

Amal has yet to have a tryst with Tollywood and would love to be a part of it. “Once, when we were shooting for a song at Hyderabad’s Ramoji Film City, Venkatesh sir came to visit Salman sir, who introduced Armaan and me to as the singer and composer. Venki sir then said ‘If you ever want to do South films, I will give you a chance’,”  recounts Amal.