Return of the diva, Manju Warrier

Ever since, Manju Warrier decided to make a comeback to Mollywood, the media has been in overdrive and fans  have been eagerly waiting  for her film. She returns to the limelight with Roshhan Andrrews’ 'How Old Are You'. The director talks excitedly about Manju’s comeback.

Roshhan says, “At some point in life, people become anxious about their age. With the movie How Old Are You, we are trying to convey the message that age is no barrier for achievement. Fauja Singh, the world’s oldest runner, continued running marathon until the age of 102. V. S Achuthanadan is an examples of people who are still active in their field even at a ripe  old age.”

Shedding light on Manju Warrier’s role in the film, Roshhan says, “Manju plays Nirupama Rajeev, a 35-year-old UD clerk in the Revenue Department. No other heroine could have played this character like she has.” 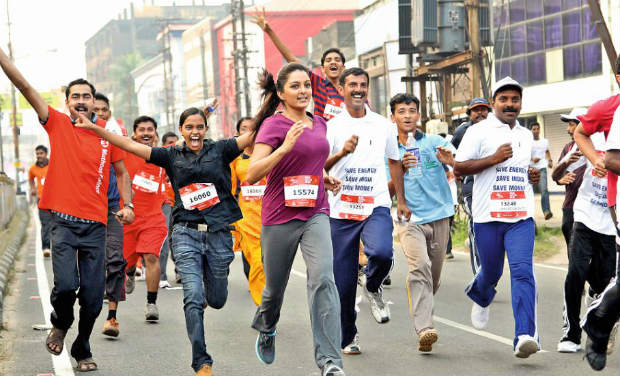 “Our industry has been blessed with many talented female actors like Sheela, Jayabharathi, Shaarda, Geetha, Urvashi and Shobhana. They have played very powerful female-oriented roles in the male-driven Malayalam film industry. The legacy was revived when Manju joined the industry. Her performances broke the mould  of heroines in Malayalam films and established a powerful place for female actors. Though there have been several female-oriented movies, it sustained only for a while. Her comeback was important  because Manju plays an important role in the movie.”

Talking about female talent in the industry, he says, “We had talented actors like Meera Jasmine, but only for a brief period of time. If our industry was not deprived of talented actors, why would we be compelled to import actors from other languages? Manju has created a benchmark in the industry and no one can take her place. The story of How Old Are You, presented in a satirical mode, will portray a different thought process of women. She will surprise viewers again.”

Manju’s comeback after 14 years was facilitated by the  much-hyped Kalyan Jewellery ad. “I am very grateful to Sreekumar, because of whom Manju decided to be in the limelight again. She was at the peak of her success when she decided to give up her career. Viewers love her and missed her, which is why unlike others, Manju’s comeback has become the most-talked about one,” says Roshhan. 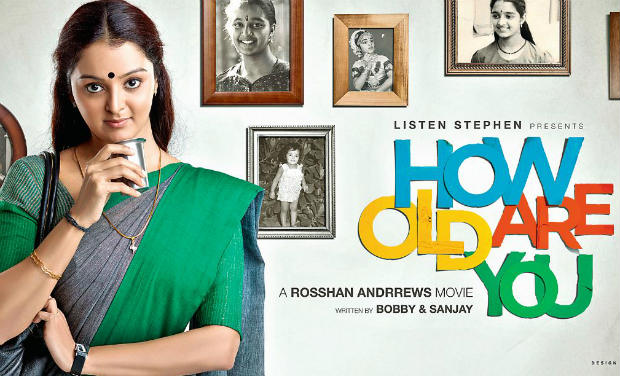 He says, “I was assisting Kamal when Manju Warrier got married. But when she became part of this project, we became good friends. She  knows precisely what a director wants. She is so encouraging, enthusiastic and has an excellent sense of humour. After finishing the shoot at the Kochi Marathon, I asked her how she was feeling the next day, and she quipped, “I’m walking like Shankar Dayal Sharma!””

Kunchacko Boban plays the male lead in the film. Roshhan says, “The reason behind casting Chackochan opposite Manju will be revealed when you see the film, as there is a surprise factor in it. When we decided to cast him opposite Manju, many prominent people in the industry even asked him to back out of the project.”

Talking about his next film with Manju, he says, “We had initially approached her for a project with Prithviraj in the lead. But How Old Are You started first. We will  soon begin working on the film scripted by Bobby-Sanjay to be produced by Medimix. We are very excited to be working with Manju again!”

‘Never had any qualms about screen time: Poorna