‘A Pongal release has buzz’

She has braved bouquets and brickbats with grace and has always stood tall in the face of failure, never once regretting her choices in films, be it in Tamil, Telugu or Hindi. Kajal Aggarwal currently has many reasons to rejoice. The pretty actress, whose Pongal release, Jilla, is well on its way to becoming a blockbuster hit, is at home spending Lohri with her mother after a long time, missing out on the action back in Chennai. The reclusive star who is not on Twitter, shares her love for the appreciative Chennai audience, in her own modest style. Off the screen, Kajal is the quintessential girl next door and a doting elder sister, who was recently busy with her sister, Nisha’s wedding. Marriage for the lovely lass herself is not on the cards at present. In an exclusive interview with DC, Kajal speaks about how festival releases are always special, spending Pongal on the sets of her films, being a female cop for the first time in her career, her equation with the two superstars,  Vijay and Mohanlal, and why she cannot always be present to promote her films. 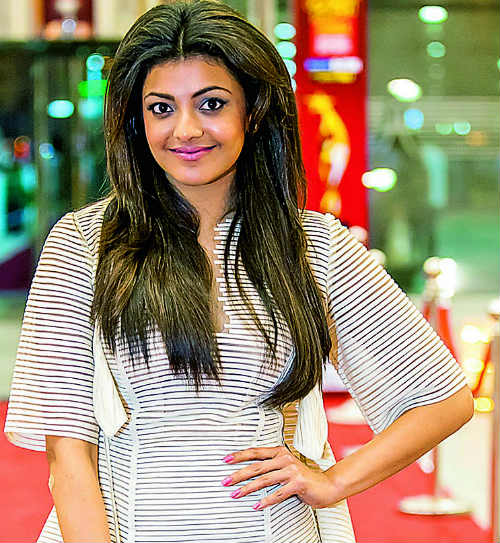 The festive spirit of releases kicks in
Jilla is my first release this year and for Pongal. Anticipation always runs high, no matter which film you do. When the film is a festival release, there is a certain kind of buzz, and that’s always a nice feeling. I have had releases for Pongal almost every year. Jilla has done so well and I have been getting calls about my role. People have loved the film and I am really happy that it worked.

Donning the khaki
There are hardly any actresses playing a cop these days, so I didn’t exactly have a frame of reference to play the role. I have always wanted to do action films, and I finally got a chance with Jilla. In my earlier movies, I have always played the damsel in distress, the one who is rescued by a hero, who is sometimes a cop, like in Singham. So it was a different experience to be on the other side for a change and beat up all the bad guys. I couldn’t really do much research, like tailing an actual female cop and gauging her reactions. But I have had plenty of experience working with heroes who were cops, and I picked up a few cues and implemented them here.

Working with Vijay for the second time
Yes, I have worked with him in the past (in Thuppakki). Vijay is quite a reticent person, as is well known. He does not open up very easily. However, while working with him, we established a certain kind of rhythm — we knew each other’s timings, moods etc. We were completely in-sync. So, this time around it was actually quite easy since we shared a certain level of comfort, and moreover, we could anticipate each other’s reactions. This helped me give my best, especially since he is such a great actor. There was almost perfect coordination. Most memorably, there was a song, which we shot in Japan. It was a wonderful experience, the weather was lovely and the place was beautiful. The whole unit had a good time.

Mohanlal, the thorough professional
I was excited and honoured to be working with Mohanlal, who has an aura about him when one meets him and when he comes on the sets. He is a thorough professional and knows exactly what is expected of him. He is someone who always gives that ‘perfect’ shot and it was wonderful to work with him. There is so much one can pick up merely from watching him act. 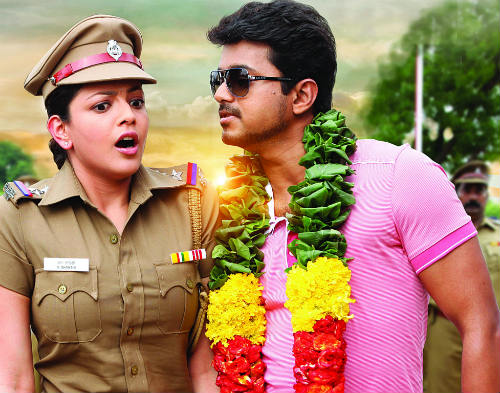 A damp squib for Deepavali
All in All Azhagu Raja did not do as well as expected. There was a lot riding on the film. It was excessively promoted. I have always learned to take failures and flops in my stride. Yes, a lot of hard work went into it and even to this day I don’t regret working on the film at all. I did an all-out comedy role, and it was something I hadn’t had a chance to do till Rajesh offered it to me. It was certainly a learning experience for me. My mother has always told me, ‘Never let success or failure go to your head’, and that is the mantra I live by.

An expensive heroine?
Certainly not! I feel I certainly get what I deserve and my producers, who are willing to put money on me, certainly know what they are doing. I don’t think I am being unreasonable about my fee.

On the promo bandwagon
If you ask me if promotions in Bollywood are bigger and better than those in the south, I don’t think that holds true anymore. There are films here in the south, which are excessively promoted. Some people, of course, want to keep the promotions low key. It actually varies from film to film — the kind of budget that they are operating under, the marketing strategy that they have in place, the amount of money that they have allocated for promotions.

On being absent for Jilla’s promotions
The promotions were kept low-key. I couldn’t be present before and during the release of the film as I was shooting and had other prior commitments. So where does the question of me ‘not turning up’ arise? If I could, I definitely would be there promoting my film, like I have always done in the past. There is a great deal of team spirit when promotions happen and who wouldn’t want to be a part of it? Given a chance, I would like to be there all the time!

On the allegation that actresses in the south don’t turn up for promotions
Of course I can’t speak for the associations and the people who are making the allegations or for other actresses, but in my case, I genuinely couldn’t be there because I had committed my dates to films that I was shooting for. And  actresses do four to five films, across industries, at the same time. So, how can I be in two places at the same time?

Pongal memories
I have mostly celebrated Pongal on the sets. When in Hyderabad, we celebrate Sankranthi and for us Punjabis it is Lohri. This time, luckily, I am at home. While celebrating Pongal on the sets, there is usually an air of festivity — everyone distributes sweets, and sometimes, we even have a special lunch. It is a lot of fun. This time however, since I am at home, I am celebrating with my parents. We have a small pooja at home for Lohri and loads of ghar ka khana. 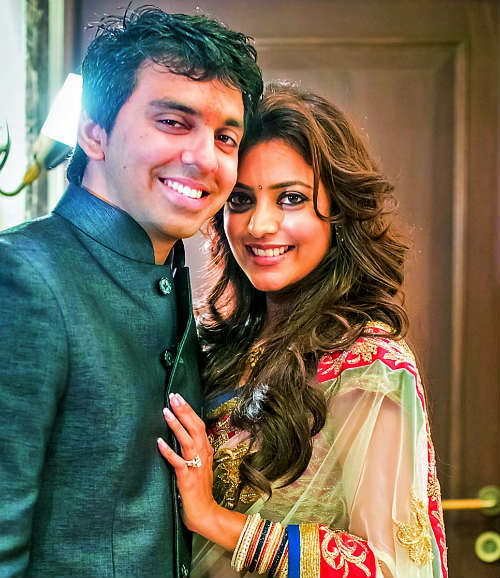 Wedding bells?
My baby sister (Nisha Aggarwal) is married. I am very attached to her and we have always shared a close bond. It was an all-out Punjabi wedding and the  family had a good time, singing, dancing... the works. Her vidaai was a little  emotional, but then the reception was grand, and a happy affair.

For me, marriage is not on the cards for the next two years at least. I am fully focused on work right now, it’s my only priority at the moment.

Kajal Aggarwal joins Chennai Chronicle in wishing it’s readers a very happy pongal and sankranti. may the harvest festival mark the beginning of all that is good in the year to come. stay happy and stay blessed.