Dravid made his test debut with Sourav Ganguly in the second Test against England, as Sanjay Manjrekar was injured after the first Test. He scored 95 runs and held his position on Manjrekar's return for the third Test, scoring 84. In that Lord&rsquo;s

Dravid scored 619 runs in the four-match series against Australia with an average of 103.16, winning the man of the series award. During the later part of the season, in Ganguly's absence, Dravid led India to its first test victory over Pakistan at

During India's unsuccessful tour of England in 2011, in which their 4-0 loss cost them the top rank in Test cricket, Dravid made three centuries. 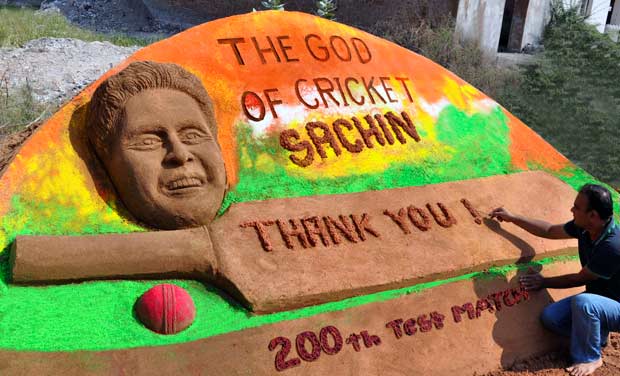