When multistarrers are a rarity in Tamil cinema, director Neson, who is one-film-old in the industry, has pulled a coup by bringing Ilayathalapathy Vijay and Mollywood superstar Mohanlal together in 'Jilla' which is to hit cinema halls on the festive occasion of Sankranthi. He speaks about the camaraderie shared by both the actors on the sets, their powerful roles, what made Lal accept the role of Vijay’s dad, the importance of Kajal Agarwal’s character and more in an exclusive.

“When I was assisting for Vijay’s earlier film 'Velayudham' with Jayam Raja sir two years ago, I had narrated a one-liner to him. It is a dream come true for me when one day Vijay anna called me and asked me to work on it. He said, ‘I liked the idea you told me earlier. You develop the script and come back. That’s how Jilla started,” Neson explains in an excited tone. 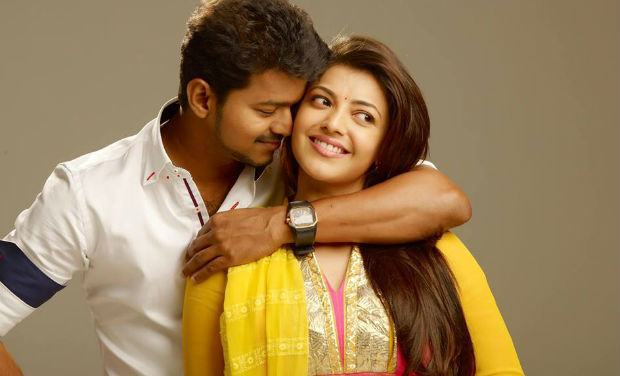 After bringing Vijay on board for the title role, Neson’s biggest challenge was to sign yet another mega star for the second protagonist which is an equally  powerful role. “I knew no one other than Lal sir can do justice to it. I told Vijay that Lal sir was my first choice for the role of Sivan. He was happy and asked me to check with Mohanlal sir if he would accept,” he adds.

Convincing Lalettan about Jilla  wasn’t too difficult for Neson. “Mohanlal sir is not actually Vijay’s father in the movie. He is his mentor, more of a godfather figure. I  literally chased  Lal sir, as he was extremely busy with his Malayalam commitments. He himself has said that he accepted it because he loved the story and the strong characterisation of Sivan, his character.”

What is the meaning of the title 'Jilla'? “Vijay’s character’s name is Shakthi, but people fondly called him Jilla (which means one who leads a group).

Unlike  mass appeal  films, here you see Vijay in  a role with a lot of depth. He has been projected differently from his other films and it has lot of family sentiment.”

Though he wasn’t very forthcoming on the story,  all he said was that it talks about an intense father-son relationship and everything, be it romance with Kajal Agarwal, comedy, stunts, etc. are  all in sync with the story. “The story has a Madurai backdrop, but there’s no Madurai dialect in it. It was difficult to shoot in the Temple Town with two big actors, so we recreated the streets, temples, pond and other landmarks  of Madurai with grand sets. We have not used computer graphics at all,” he asserts. 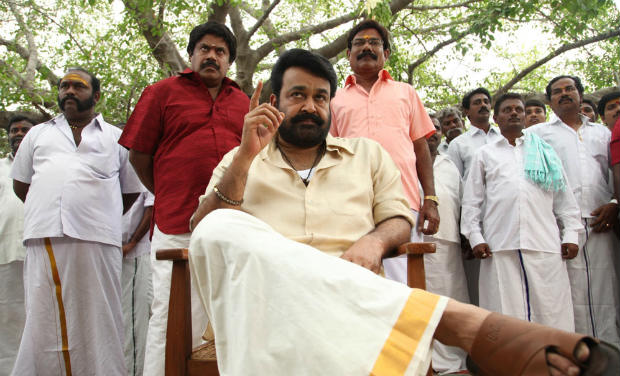 “Working with both the stars was an enriching experience,” he gushes. “Vijay anna never treated me like a newcomer. I was very nervous. He gave me maximum comfort level, and with  that half of my job was done. Both actors have a huge fan following. When I had the dilemma as whose name should come first in the title credits, I went and asked both. Mohanlal sir said, “Obviously, Vijay’s name should come first. On the other hand, Vijay insisted, ‘let anyone say anything, you must put Lal sir’s name first.’ Accordingly, Lal sir’s name appears first in the title credits.”

Questioned about Jilla’s length,  being closer to three hours, Neson avers,  “It is 2 hours and 50 minutes. The story of Jilla demanded that  length. The success of a film does not depend upon its length, but on the content and how you present it.” 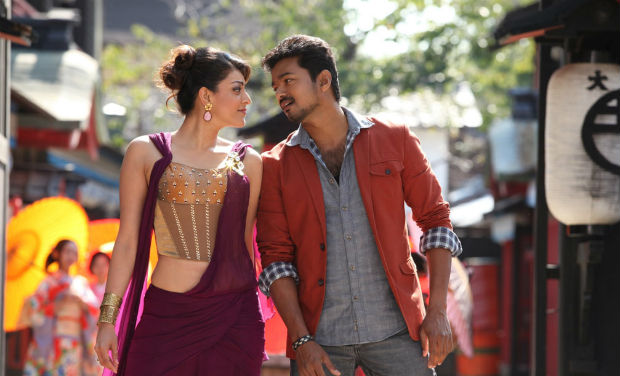 Producer R.B. Choudhary is in his 25th year in the film industry.  'Jilla', is his 85th production in South  Indian cinema. “This is my sixth film with Vijay. Together we have given the biggest blockbusters like 'Poove Unakkaga', 'Thullatha Manamum Thullum',  etc.  Earlier, we used to cast heroes for the scripts which were already written. Now Vijay has grown so big that we have to create scripts to suit his mass hero image. I have also done two films with Mohanlal. 'Jilla' is a mass family entertainer and I am confident that it will  break all the records created by our banner. It has a larger than life grandeur and is one of the biggest budget movies I have ever made.  Mohanlal didn’t take any remuneration,  instead he has taken  the Kerala distribution rights. I heard that he is releasing it in a record breaking 300 screens in Kerala. It will be released in a big way with approximately 1200 screens worldwide including M’town,” shares Choudhary.