Thiruvananthapuram: Outgoing Home Minister Thiruvanchoor Radhakrishnan has claimed that the police department had set a record of sorts by bringing down the crime cases during his tenure.

Radhakrishnan listed his achievements at a press conference on Tuesday to drive home the point that he was not shunted out of the Home portfolio because of non-performance.

He  also heaped praise on the Home Department officials and the police force saying that all of them right from the state police chief to camp followers had cooperated with him.

He claimed that of the total of 2,200 cases that were pending while he took over as minister, there are only 340 awaiting disposal now.

Of the 4,000 vigilance cases pending then, only 299 remained to be cleared.

He said not a single case of police firing was reported in 2012. This year also there were only two such cases.

He dismissed the criticism that the T.P. Chandrasekharan murder case trial was not moving in the right direction.

He wanted the critics to wait till the verdict of the case that would come on January 22 before jumping to a conclusion.

He also said that there had not been any flaw in the security arrangements during the attack on the Chief Minister in Kannur while attending a programme of the police department.

The Chief Minister himself had asked not to use force against the attackers.

Radhakrishnan said that he will abide by any decision taken by the Congress party.

“I am what I am today only because of the party. My wishes are only secondary and I will obey whatever decision taken by the party. I also do not want to complain or blame anyone at this moment,” he said.

Thiruvananthapuram: Chief Minister Oommen Chandy said on Tuesday  that the entry of KPCC president Ramesh Chennithala into the cabinet will strengthen the party and the UDF ministry.

At a press conference here to announce Chennithala’s induction into the cabinet, Chandy said the decision was taken on the direction of the high command.

“Congress president Sonia Gandhi had given the green signal on December 27 for expansion of the UDF cabinet with the inclusion of Chennithala,’’ he added.

He, however, refused to confirm whether Chennithala would be given the Home portfolio. “Everything has been finalised but there are limitations in making the decision public. As you know, portfolios are always announced after the swearing-in ceremony,’’ he said.

When asked as to why the party changed its earlier stand that status quo would be maintained in the government and party till the Lok Sabha polls, Chandy said: “You  ask Sonia Gandhi. We are only following the instructions of the high command which is applicable to all.’’

The decision was not taken in a hurry as the matter was pending before the central leadership for a long time, he added.

To a question on the new KPCC president, he said the high command would take a decision soon.

When asked whether the next PCC chief would come after the Lok Sabha elections, he said: “Since the decision has  to be taken by the high command , I can only say it will be taken at the earliest.’’

Oommen Chandy declares the entry of Chennithala into cabinet on Tuesday.  —DC

This is a clear hint that Chennithala’s successor will be decided soon. Asked whether there will be more changes in the ministry on Wednesday, he said: “No one is going out of  the cabinet.’’  To a question whether Chennithala would be deputy chief minister or Number 2 in the cabinet, Chandy said: “We are all equals. No Number 1 or 2 and the CM is first among the equals.’’

Next: 2014 will be happy year for Congress: Chennithala

2014 will be happy year for Congress: Chennithala

Alappuzha: KPCC president Ramesh Chennithala has said that  2014 will be a happy year  for the Congress party.

“I will abide by the order of the high command and Sonia Gandhi regarding ministership. The Chief Minister will decide  the portfolio. The party is bigger than anything else. I am a humble worker of the Congress  and I have stood for the party and the people always,” he told reporters at Nehru Bhavan, DCC  headquarters, here on Tuesday. 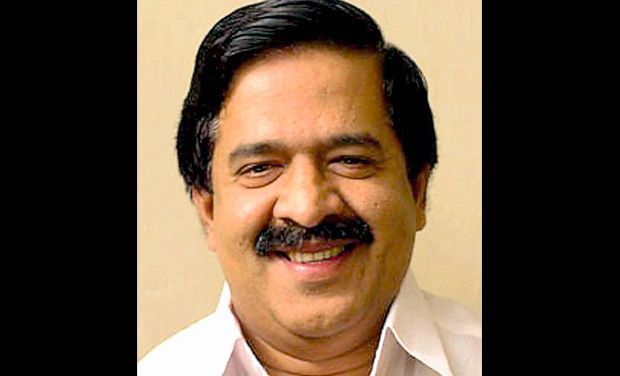 The high command would also decide whether he would continue as KPCC president.

“The party leaders and the people of Alappuzha helped me to be at the helm of the Congress party and I am thankful to the party workers in the district.  I am also obliged to the people  of the state and I will utilise the new responsibility for good governance”, he said.

Union Minister of State for Civil Aviation K.C. Venugopal, DCC president A. A. Shukkoor and other leaders felicitated Chennithala.

They also offered payasam and laddu to the people who gathered at the DCC office.