Prisoner of the year: Lalu Yadav

For Lalu Prasad, 2013 was the year of penance in the penitentiary. Convicted in the fodder scam from the 1990s, Lalu was sentenced to five years in prison in October this year and despite the ‘I’m innocent plea’, the judge was unmoved. But the Bihar strongman is now out on bail and has been heard making the right noises about 2014.

Tarun Tejpal has, no doubt, made elevator travel terrifying for women. But his biggest mistake, allegedly, was to use rank to coerce an employee into forgetting a very harrowing episode. The 'Tehelka rape case' forced a fresh reassessment of sexual harassment laws inside India's corporates and embarrassed thousands of journalists across the country. The case is ongoing.

Amit Shah will probably remember the word ‘Snoopgate’ for ever. Narendra Modi’s right-hand man now stands accused of spying on a woman architect on the orders of a ‘saheb’. Just who that ‘Saheb’ is, remains a million-dollar question. Will Modi survive this fresh scandal? He might. Amit Shah, meanwhile, will need help.

Tear-jerker of the year: That goodbye at Wankhede

Sachin Tendulkar’s farewell speech had millions reaching for their handkerchiefs. In the under-five minute tribute at Wankhede, titled "life between the 22 yards", Sachin thanked his father, his wife, his children, his sister, old team-mates, his doctors and several others, even the in-laws. Such an all-encompassing speech can only come from the person who made the cover drive such a delight to watch.

True to his word,  Reddy looks set to stick around “till the last ball is bowled.” Beset by a seemingly incredible range of bouncers and googlies, the CM is pulling out new strokes from his repertoire: the Cabinet switch just hours before 2014 swung in is an example. The question, however, that everybody is asking is, ‘When’s the party, dude?’

Gutsy girls of the year

Asaram Bapu, Tarun Tejpal and A.K. Ganguly face prison sentences. Their victims are now epitomes of girl power and have consistently refused to take back their damning testimonies. And despite the David vs Goliath scenario, the three have triumphed. We will remember them as ’13’s bravest trio. Hats off!

Kremlin’s oldest resident turned this year’s G20 into a political tinderbox with an adamant stand on Syria. Later, he offered Snowden shelter, banned Ukrainian chocolates, homosexuality and then, to everyone’s surprise, pardoned the Pussy Riot. 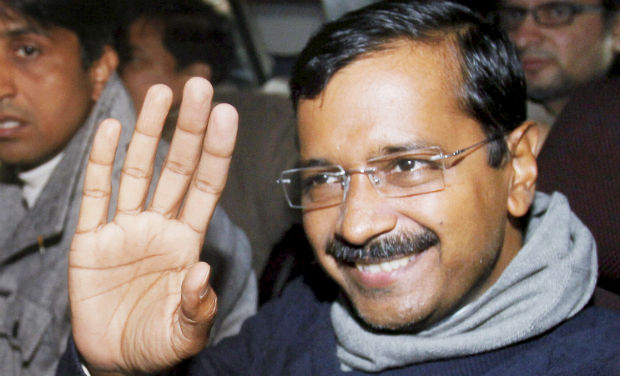 Win of the year: Arvind Kejriwal is the first among commons

He began his political career on an empty stomach. But now, Arvind Kejriwal is the youngest CM, Sheila Dixit's Delhi has ever seen. He is also promising the capital's citizens 700 litres of free water and a transparent government. But will AAP, India's newest party, succeed under Kejriwal? Who knows. But for now, it's the title of 'giant killer' for him... the first time in 15 years the press in Delhi has ever used that term.

Survivor of the year

Narendra ‘bullet-proof’ Modi. NaMo has emerged successfully onto the national stage to become the most resilient thorn in the Congress’ foot. And with strong support from India Inc., NRIs and almost every neighbourhood jeweller, Team Modi looks set to seal its position in 2014. Unless, another architect finds a hidden webcam in her living room.

The Infosys co-founder came out of retirement with all guns firing – literally. Because ever since this 67-year-old took back the reins of the firm, there have been eight top level exits from Infosys. And did that get the job done? Well, the IT giant’s shares have gained nearly 50 per cent. So, who’s next?

Baby of the year: Prince George

A birth so famous the attending doctor was given a knighthood. The world’s newest royal, Prince George, is baby of the year because of the pure frenzy he triggered. Photographs of a very happy ‘mum and dad’ were splashed on front pages across the planet alongside a range of articles discussing receding hairlines and yummy mummies.

Selfie of the year: Pope Francis

Pope Francis or Cardinal Jorge Mario Bergoglio of Argentina, in March, became the first non-European in more than a millennium, to lead the world's 1.2 billion Catholics. a plan to get the church “closer to the people”. And in August, became partly responsible for making ‘selfie’ word of the year, following a shot with a bunch of teenagers at the Vatican.

Theft of the year: Edward Snowden

Edward Snowden, or the world’s most ungrateful employee, hit headlines this year for stealing several valuable USB drives from America's official phone-tapping agency, the NSA. Over the next few weeks, Snowden oscillated between dissident, traitor, patriot, data leaker... to finally settle on ‘whistleblower’. But thanks to Snowden, the world was exposed to PRISM, Tempora and the fact that India’s Prime Minister Manmohan Singh didn’t have a mobile phone.

This is one big step for India. Sixty-four-year-old K. Radhakrishnan is the man behind India's first inter-planetary journey. And keeping with tradition and the economy, the mission is also the cheapest Mars mission ever assembled. For planning the 'perfect trip', this "devotee of  Tirumala or Guruvayur" gets our spaceman of the year gong.