Seizing the day in style

On a breezy winter evening, we sit down for a chat with actor Sivakarthikeyan by the pool of the plush The Gateway. Siva looks visibly fit and one may deduce that the actor has been working really hard at the gym to shed a few pounds. As he sips his papaya juice, in retrospect, Siva says, “The only resolution that I made in 2013 was to work out every day. Thankfully, I didn’t cheat!” The year has been incredibly kind to Siva in all respects. He delivered a hat-trick of hits (Kedi Billa Killadi Ranga, Ethir Neechal and Varuthapadatha Valibar Sangam), which gratified producers and distributors, making him one of the ‘most wanted’ actors in K’wood. And the icing on the cake was the arrival of his daughter Aaradhana, who is two months old now. “I was the happiest when my daughter was born. After my father passed away, if there was anything that made me smile it was when I held my tiny baby in my arms,” says the doting father. He adds, “The success of all the films was gratifying indeed. But success instills more pressure and fear in me as I have to work harder to live up to the audience’s expectations.” 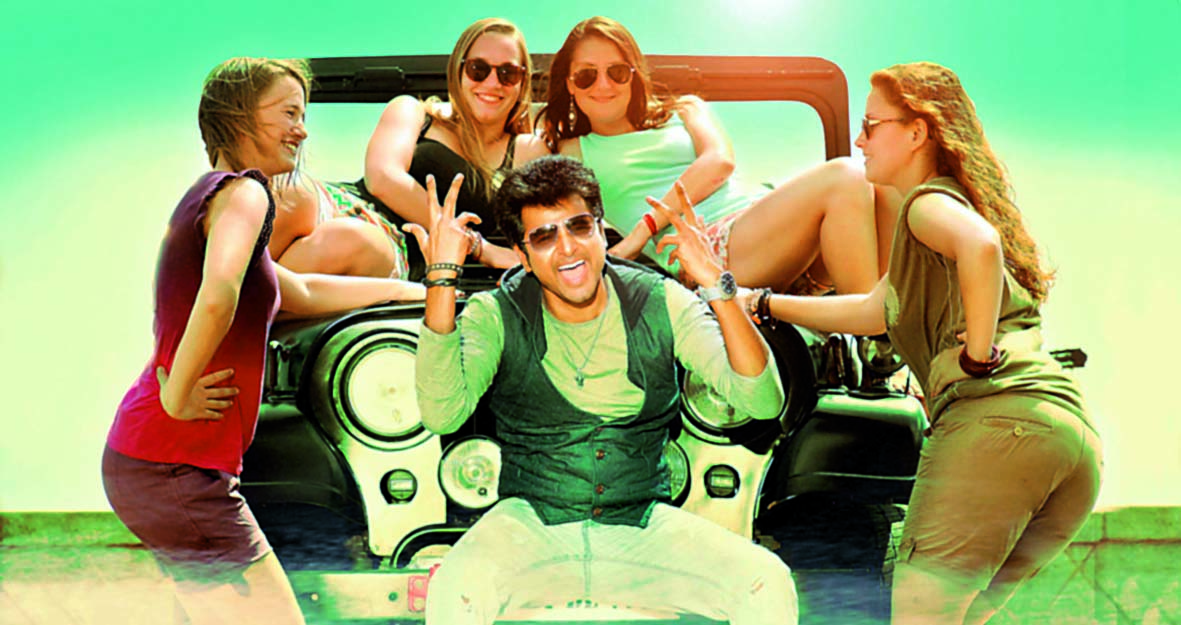 By the end of 2012, Siva knew that he would have three releases in 2013 and that  all the films would do well. “However, I didn’t foresee that they would become such huge hits. When I was working on all the three films, I felt a positive vibe, and that is reflected in the end product too,” says Siva.

While success intimidates this actor, failure pushes him to go further. If any of the films that were released in 2013 didn’t do well, “I wouldn’t have given up,” he says. “For a heart that bears the scars of many insults and failures, it is possible to resurrect and work harder,” says this determined actor.

Siva’s strategy of establishing himself in tinsel town has been the topic of discussion among trade analysts and movie buffs. His career graph didn’t have a steep rise as his victory in Kollywood involved baby steps. In 2012, he had three releases too. “In the film Marina, I was seen only for an hour and again in 3, I was seen for a short time. Then came Manam Kothi Paravai and KBKR. From the duration of screen space to working in double-hero subjects, I ensured that I had a smooth transition. I patiently waited to win the best offer. All that I had in mind was to work with great teams,” says Siva.

In 2014, Siva will have two releases. In Maan Karate, in which he joins hands with Hansika, he plays a boxer, and in Taana, he plays a police officer. “I am giving my heart and soul to both the films. All that matters to me is, irrespective of their age, the audience should be able to appreciate my films. More than being a great actor or a mass hero, I want to be an entertainer. And most importantly, consistency is success. Now that I have tasted some success, I will focus on giving steady hits,” says Siva.

The stream of accomplishments that he has had has surely changed Siva’s lifestyle. From owning a humble Ambassador in Trichy to driving the luxurious Audi in Chennai, this TV personality-turned-actor has been indulging in pampering himself. “Toiling with sincerity and passion results in such extravagance. Now I think I deserve it,” laughs Siva. However he is certain that his daughter will not be raised as an actor’s child. She will be given a modest upbringing, he adds. “When my father was a police officer, even when I used to get caught by the police at a traffic signal, I wouldn’t use his name. So, the same policy will be applied to my daughter also. She has to find her own identity,” says Siva.

This unassuming actor is in sheer exultation for having won the hearts of audiences that have mounted him on a pedestal. But deep within himself, Siva is still a good old friend to his college mates. “The thought that I’m now an actor has slowly sunk in. Despite that, sometimes, nonchalantly, I walk down with my friends to the shop at the corner of my street and I realise that I can’t do that quite often anymore. But I reckon that I won’t change. Fame and experience have seasoned the actor in me and the lessons that I have imbibed will help me be grounded,” says Siva, contemplatively.