‘Dance was a divine coincidence'

At first glance, one cannot believe that she is the mother of an 18-year-old boy. A picture of grace, poise and needless to say, youthfulness, Shallu Jindal is a dancer, wife, mother, entrepreneur and social activist all rolled into one.

An accomplished Kuchipudi dancer, Shallu, who is also the wife of MP Naveen Jindal, was in Chennai recently to perform in the Margazhi season —  a short piece for the Chennayil Thiruvaiyaaru festival.

This is her first visit to Chennai during Margazhi and Shallu is visibly excited to be performing in the season. Her only regret is not being able to stay longer and catch a few performances.

She settles down for a conversation with DC, talking about how Kuchipudi happened to her, her gurus and what dinner table conversations are like at the Jindals’ household.

Like most dancers, Shallu was inducted early into dance, starting  Kathak lessons in Delhi when she was eight years old. 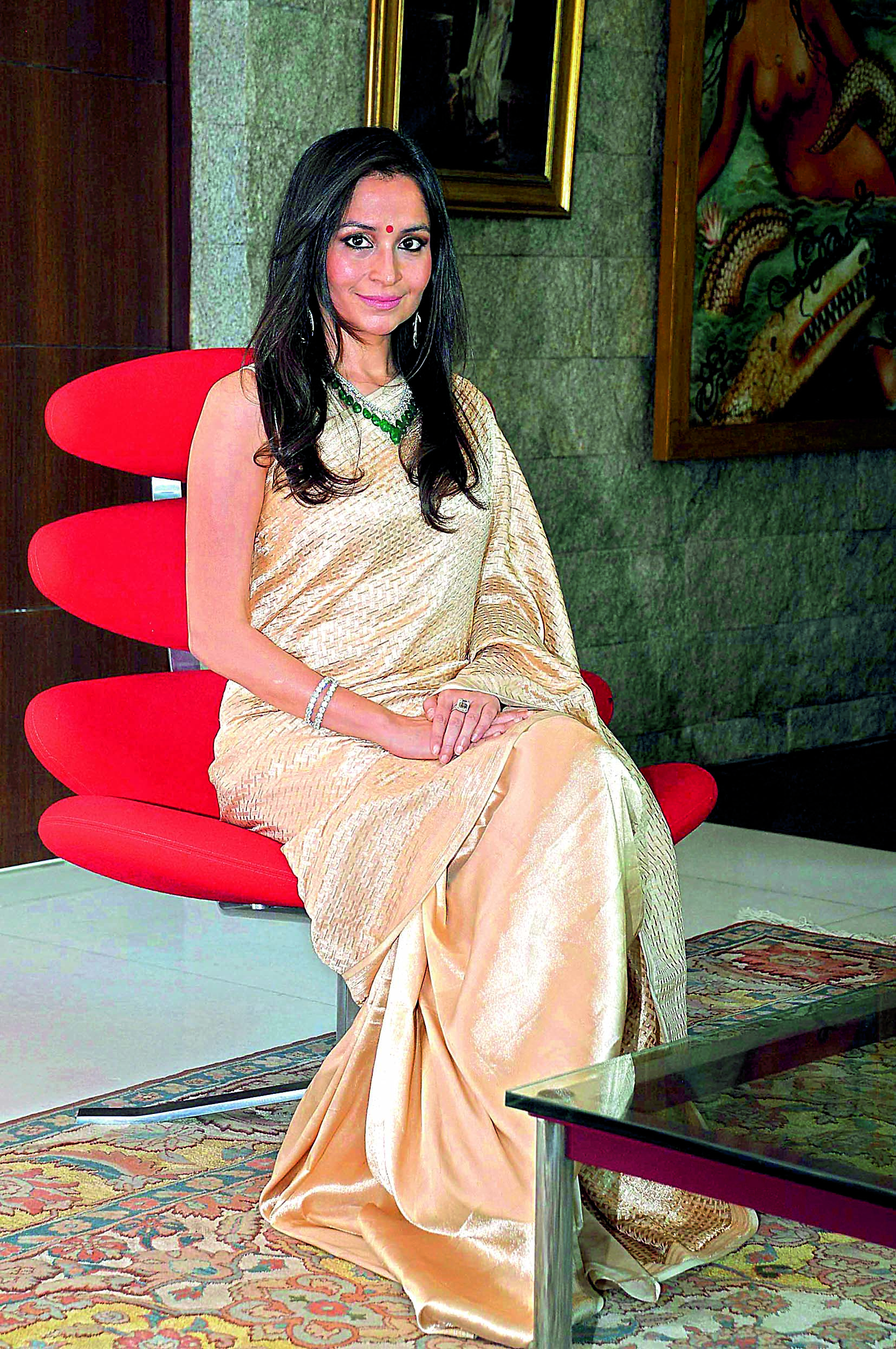 “Back in the north, finding a Kathak teacher was easier than finding a Bharatanatyam teacher. My first guru was Shri Trilochan Bhatt. I loved Kathak and practised every single day, up until the time I went abroad for my studies. That’s when dance took almost a backseat and life came in the way. I was academically inclined and after I finished my studies, I came back to India and eventually, got married.”

It was almost a divine coincidence that brought Shallu back to dance, almost 13 years ago.

“I was at Thirupathi for a darshan and a pooja, when I happened to meet the acclaimed Kuchipudi exponents, Radha and Raja Reddy, my gurus, at the temple. We exchanged numbers and they promised to call me when they were performing next.” A month later, Shallu reveals, she got a call from them, asking her if she wanted to learn under them. “I think it was a divine coincidence if you will,” she says.

Shallu completed her rangapravesham in 2003, when she was 33 years old, performing Kuchipudi under the tutelage of her gurus.

“I remember I was extremely nervous. I was a married woman, a mother of small children; there were many factors at play. I performed with a sense of surrender — and everything went well. Then, with every subsequent performance, things got better. The more one goes on stage, the more dance becomes a part of one,” she says.

Lessons from the guru

On plenty of occasions, she has had the opportunity to perform alongside her guru, who also makes it a point to never miss her performances when he’s in Delhi.

“Every year, guruji chooses one student to perform with him from his dance school. The year I was selected I performed a piece, titled the Parampara series, with him, which depicted the guru-shishya bond. It was an intense performance,” she says.

“The greatest lesson I learned from my gurus was that hard work pays. I learned that as a dancer, the more I practised, the better I got. Guruji is a very patient person and has a knack of working with you till you get it right. He maintains the highest of standards that way,” Shallu says.

It was a huge deal for her when she heard him tell somebody after a performance, ‘she’s very sincere and hardworking’. 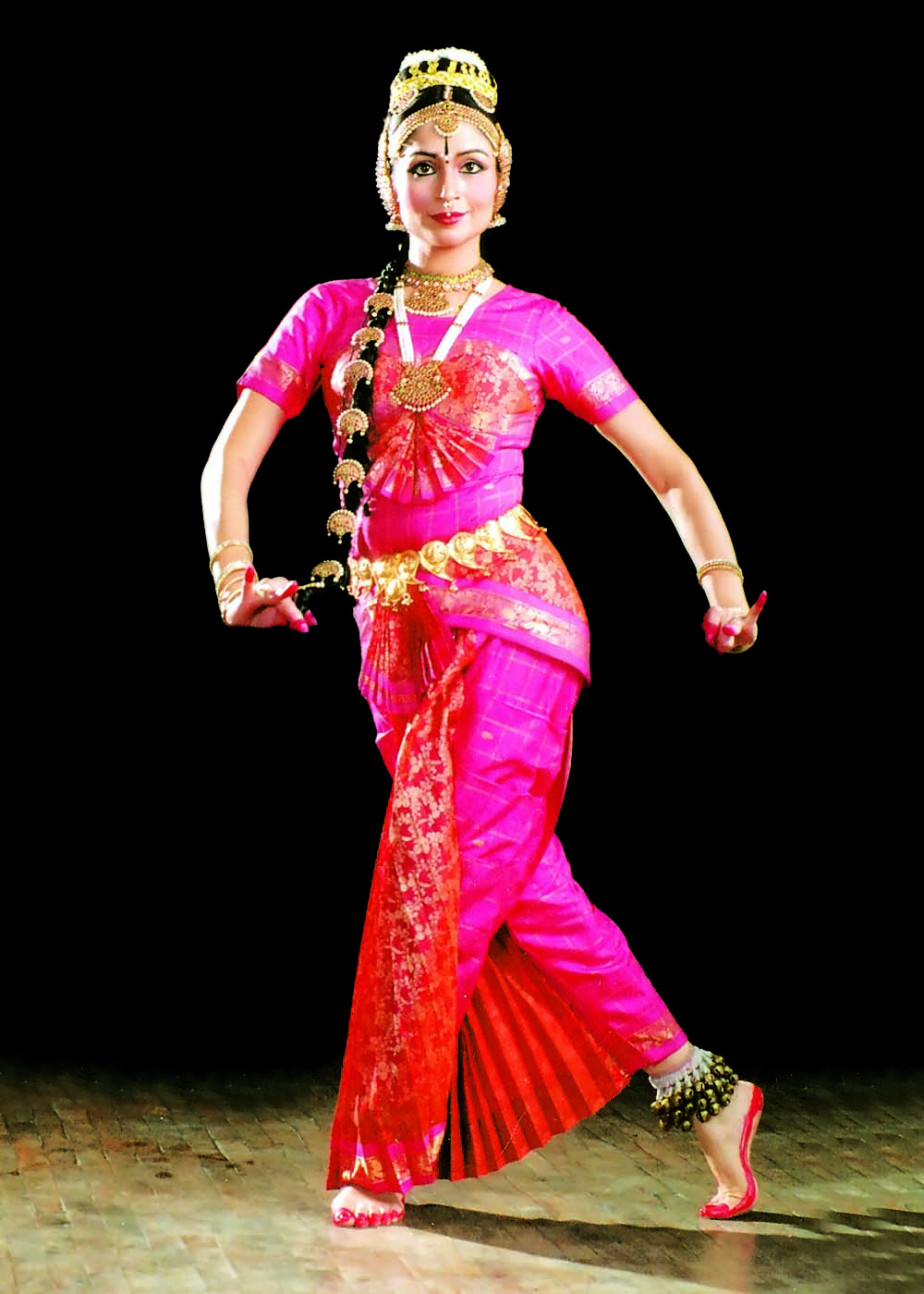 Although she had a flair for dance, it wasn’t all easy.

“There are many memorable performances to choose from, but the ones that were challenging are the ones that stay in the heart forever,” says Shallu, recalling one such performance. “In Kuchipudi, the dashavatar piece is quite popular. The piece involves depicting every avatar of Lord Vishnu, and switching from one avatar to another is quite a challenge. When you do abhinaya, you need to understand the story, and when you do nrithya, practice can take you a long way. Both were involved for this performance. So I went back, read up on the stories once again and put in a great deal of practice before the performance. It paid off in the end,” she says.

Apart from her role as a dancer, Shallu is also the Vice President of the Flag Foundation. Started by husband Naveen, it promotes the Indian flag  among the youth as an abiding symbol of the country’s sovereignty, spirit and strength.

“My association with the cause is personal on many levels. First of all, I think the flag makes us realise that all Indians are one under it. There are no differences at all between north or south, east or west, rich or poor. Secondly, after seeing Naveen going through a decade-long legal battle, fighting for the cause of allowing every Indian to display the national flag, I too wanted to do my bit. I thought of doing something imaginative that would engage the youth. We released a couple of promotions, a coffee table book along with a book of quotes by inspirational people.”

In fact, Shallu is now working towards getting the necessary permissions and paperwork in place for displaying a huge flag on the Marina beach.

Shallu says her family is the core of her universe, the energy source from which  she derives her support.

“Naveen has been nothing but encouraging of my various different roles — dancer, entrepreneur and activist. He’s given me so much space to grow. In fact, sometimes, I have had to miss out on many social appointments since I am so tired at the end of the day, and he understands, and goes on his own. My children too are all grown up now and very excited to see me on stage. Dance gives one so much discipline and focus as a person that children, when they are young, tend to pick up on that. Mine did,” she says, adding that her daughter is now learning dance too.

So, what are dinner table conversations at the Jindals’ like? “A whole lot of things — the children talk about their schools and colleges, me about my dance or other activities and sometimes, a lot of political debates too,” she smiles.

2014 is going to be a big year for Shallu. She is planning to start an institute for performing arts at Delhi — which focusses not only on teaching all forms of dance, but music and instruments also.

“I am also planning to open another school in Odisha, which will try and blend in the basic concept of Kalakshetra and Shanthinikethan. This will be a residential facility and should materialise by 2015. Performance wise, I have a recital coming up in the first week of January in addition to plenty of others next year,” she signs off.