Pramod PayyanurÔÇÖs 'Balyaşkalasakhi' has garnered a lot of attention for his peculiar casting. Especiaşlşly so for zeroing in on Bengali actor Priam. ÔÇťBelieve me, I actually dreamt of doing a Malayalam film. So I can say, the opportunity to work in 'Balyakşaşlasakhi' is my dream come true. My stint in acting started in 2013 with serials. Then I did a couple of movies in Bengali. During thşat time, I came to know about this moşvşie through the exeşcşutive producer Veşnu Kolkata. I met the crew and discuşsşsşed the character and here I am in the movie,ÔÇŁ says the haşpşpy go lucky Priam.

Incidentally, the character played by Priam in the movie was supposed to be done by 'Kahaani' fame Parambrata Chatştşeşrjee. When Parambrata opted out due to his busy schedule Priam was only too happy to step in. ÔÇťMy character, the young Bengali freedom fighter Prafula Chaşnşdra Chatterjee, is a close friend of Majeed, the character plaşyed by Mammootty. Hoşnşestly, I was excited to know thşat my character is based on a novel. I knew then that the chşaşracter would be a powerful one.ÔÇŁ 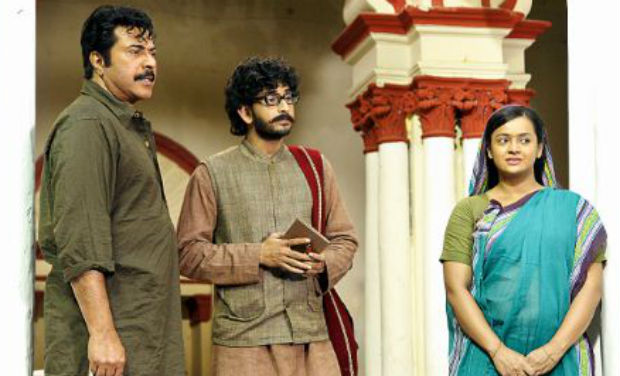 Reminiscing about his shooting experience, he says, ÔÇťWe Bengalis know a little bit about Mammootty and his movies. Mammootty is an amazing actor and a great personality. During the shooting, I had difficulty in communicating with the crew. But Mammooty made me comfortable and helped me develop my character. Since this is my first film, I asked the director to give me one dialogue in Malayalam, it was a short sentence 'Ningalude Kadha'.ÔÇŁ

To be an actor was PriamÔÇÖs childhood passion and his biggest inspiration is Shahrşukh Khan. ÔÇťBoth Shaşhşrukh and I have some similarities in our lives. He started his acting career with TV serials, so did I. His acting has inspired me in many ways and if I get a chşance to work with him that would be one of my greatest moments.ÔÇŁ