'Winning does not go to my head'

Popular playback and Carnatic singer Saindhavi started singing when she was about five. When she accompanied her parents to bhajan singing one day, she began to cry: she wanted the mike. While a child's tantrums could have been taken lightly, a family friend took her demand seriously and offered the mike to the little girl, who wielded it with innocence and self assurance. Saindhavi sang a bhajan that she listened to often, much to the astonishment of the audience.

Her parents were surprised too, encouraging their daughter from then on to master the art of singing. 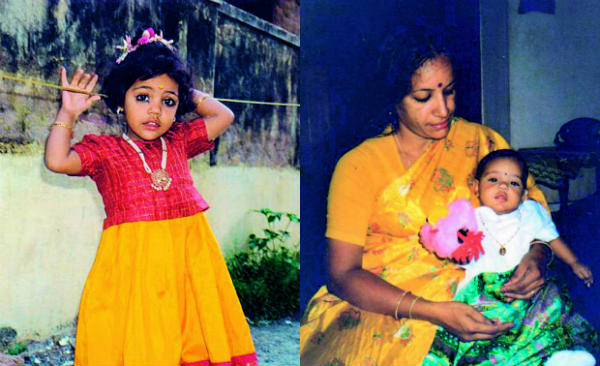 Saindhavi began her professional training in music when she was 10. Since then the young singer has learnt Carnatic music from many eminent gurus and sung nearly 700 film songs. The 24-year-old artiste is also a regular in Margazhi circles, giving her undivided attention every music season to practising and performing. DC met the singer, who is gearing up for her next concert, and spoke to her about her love of music and how she faces challenges.

In school, Saindhavi was an above-average student, who had a keen liking for extra-curricular activities too. Although her parents were counselled by teachers to let Saindhavi focus a little more on academics to make her the class topper, they were certain about letting her daughter pursue what she liked the most. Saindhavi's mother is an ex-banker and her father is a doctor, and “I had a typical TamBrahm upbringing," she says.

“When everybody else went to theme parks and other places during the annual vacations, I went to paatu classes," she says. When she was a child, did she have any other amibitions? “No! I always wanted to become a musician," says Saindhavi firmly. She is grateful to her entire family for supporting her in giving her passion the unswerving attention it demanded.

Her life as a teenager was filled with attending music classes and practising vigorously. “By the time I was in Standard 10, I started singing in films. I used to leave in between school hours for recordings. Even during college, I never went out with my friends, I never bunked classes," says Saindhavi, not at all regretful.

Having begun taking music lessons at the age of 10, she did her arangetram at 12. Saindhavi is currently under the mentorship of Sandilyan and K.N. Shashikiran.

While not every Carnatic musician would venture into playback singing, did Saindhavi face brickbats for embracing light music too? 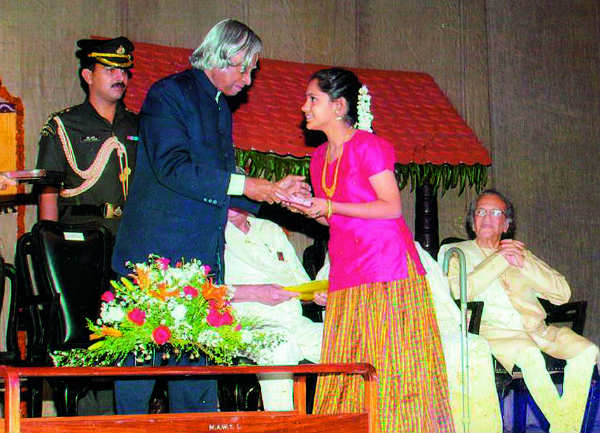 “None of my gurus have objected to film music. They have always encouraged me and they even appreciate my singing if they come across a song of mine," she says. At 13, Saindhavi began to give stage performances of film songs too. “The first song that I sang on stage was 'Snegidhane', and I became a part of a children's orchestra called Samarpan to continue doing light music shows," she says.

When she was still a teenager, her voice was recognised by music composer Deva, who gave Saindhavi the opportunity to croon three songs for the film, 'Uyir Ezhuthu'. But the flick wasn't completed. “Then I sang for Harris Jayaraj and Randakka from 'Anniyan' was the first song that released. Becoming a playback singer was a very pleasant surprise for me," says Saindhavi.

However, the way to cinema was not an easy one for her. “I have participated in a lot of competitions. I have won many and lost many. When I first went for auditions for the TV show, 'Sapthaswarangal', I was rejected four times. It was only the fifth time that I was selected. I won also in the first ever reality show, called 'Are You Ready', conducted then by a popular channel. But back then, it was not done on as large a scale as it is done now," she points out. She does not get demoralised when she loses in a competition. “I will work on my mistakes and analyse my limitations and try to overcome them. Likewise, each time I win, I don't let it get to my head," she says. 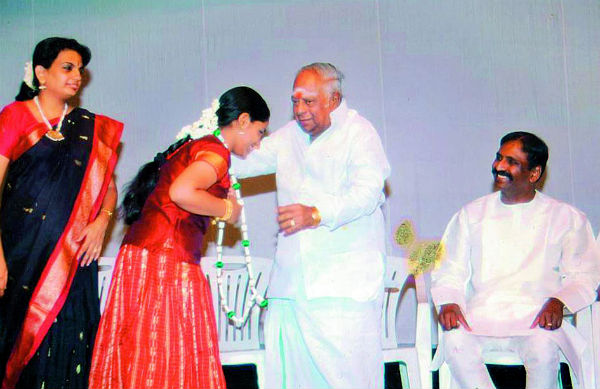 Singing for films has helped Saindhavi improve her vocal range. When she began to record for movies, her vocal range encountered some challenges, but determined person that she is, Saindhavi worked on the technical aspects. “There were times I would really feel very bad when people remarked about it. So I took it up as a challenge, I worked really hard, I learnt from my western vocal music teacher, Augustine Paul, to improve my range, would practise intensely and overcame the problem. Today, I don't have a problem with ranges. Similarly, over the years, I have worked on all my limitations and have overcome 90 per cent of them. I am still looking forward to keep improving as much as I can," says Saindhavi. In the next 10 years, all that she aspires for is to win a National Award for singing. On the classical music front, she would love to do thematic presentations and acquire much more in-depth knowledge in music.

Saindhavi has been performing during the Margazhi season for around seven years. “I have evolved considerably as a musician and will continue to do so. I think I am a beginner, I have a long way to go. Margazhi is very important and it means a lot to me. I work really hard for it. I try not to accept any film recording or show as much as possible during the Margazhi season," she says. 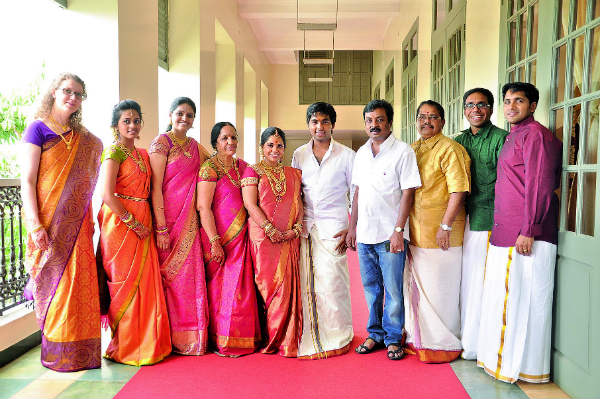 The singer has sung for about 150 devotional albums, having released a contemporary Bharathiar album, called Kannamma, with musician Nivas Prasanna, and is currently working on an album with one of her favourite artistes, Anil Srinivasan.

Although, Saindhavi is now identified as one who can render any type of film song, when she forayed into cinema, she was given many opportunities to sing peppy numbers. But the song that gave her the new face was Vizhigalil Oru Vanavil from Deiva Thirumagal, for which G.V. Prakash composed the music.

“After that more offers came to sing melodies too. Many couldn't believe that it was I who sang that song," she laughs.

This year, Saindhavi tied the knot with her long time beau G.V. Prakash and she believes that life has changed after marriage.

Despite loving each and every moment of it, Saindhavi rearranged her priorities for the love of her life. “I try to leave for my work after he leaves so that I can have breakfast along with him. I try to finish my work and come back home before he comes back so that I can spend some time with him. I like doing these small things and it makes me really happy when I do these things. I really ensure that I leave no stone unturned to take care of my husband," reveals this blissful newlywed.

As an artiste, who has many things on her plate, Saindhavi believes in meticulous planning and working around things sensitively. “I am a person who will always try not to hurt anyone but sometimes I end up hurting myself in that process. I am extremely sensitive to others feelings as well as mine. I don't say things when I am angry and I prefer to do the talking when I calm down. I plan when it comes to concerts, travel and cooking. But when it comes to life, sometimes, I do plan, but mostly, I prefer to go with the flow," she concludes.