Biryani was like a school reunion for us: Venkat Prabhu

When a stylish star like Karthi and a cool filmmaker like Venkat Prabhu come together expectations mount sky high. Apparently, that is exactly what has happened to 'Biryani', the bilingual in Tamil and Telugu, which is hitting cinema halls today (December 20) on 1,100 screens. It is a trendy, fun film in which Karthi will be seen as a playboy. While Hansika plays his love interest, the ensemble cast includes Punjabi actress Mandy Takhar, Madhumitha, veteran Nasser and Prabhu’s regulars, his bro Premgi, Sampath, Jayaprakash and Nitin Satya. “Karthi, Yuvan Shankar Raja, Suriya, Premgi and I studied together. So, when we started 'Biryani' it looked as if it was a school reunion of sorts,” Venkat Prabhu recalls. In this interview, he discusses the film, Ajith’s best 'biryani' and the most memorable gift he got from the late legend MGR,  in an exclusive to DC. 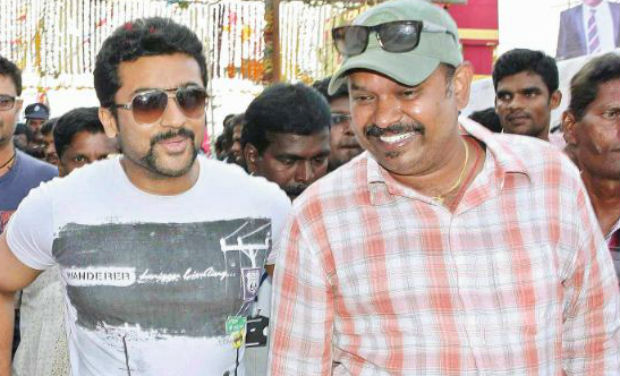 Apparently, the title Biryani has a direct bearing on the story. “Personally it’s my favourite dish, and an apt title for the story. My protagonists get into a major problem after they eat biryani at a roadside eatery, kaiyendhi bhavan. The story starts from there,” says Venkat.

People ask me why my titles are so ‘local’. I also want to keep poetic titles! But the kind of ‘tag’ I have in terms of the films I make, I find that my audiences look for this kind of title. My distributors say that eventually, younger audiences like all my films, it’s they who are thronging the theatres these days. It is not a conscious effort that I go in for youth-centric films; I don’t want to categorise and restrict myself to any type of audience. Somehow, my film titles end up like that.

Karthi as a Casanova

Karthi essays a charming womaniser in the film. His portrayal is totally different. I wanted a new looking Karthi in this film. Even when I did Mankatha with Ajith we were particular that he had a new look and finally we zeroed down to the salt-and-pepper look.  Similarly, I wanted to get that casanova-look for Karthi in 'Biryani'. So, we have given him an uber cool urban look. We changed his hairstyle, trimmed his moustache and got him into trendy clothes. Apparently, he was a little sensitive about his moustache. The credit goes to designer Vasuki Bhaskar. She gave us many references and colour shades and worked hard on his looks.

Not really! Party scenes are there. It’s a bachelors’ party. No real hip-hop party kind of stuff.

(Laughs) I want to change my entire team and comfort zone and make a film. I don’t know when it will materialise. Actually, I was planning one after 'Biryani'. The Suriya project has been lined up now. I am shaping up the script and I really don’t know who will be part of it. 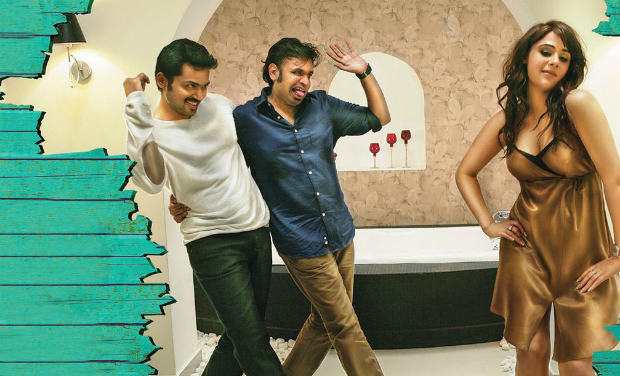 I honestly want to do something unique with Premgi. Even without hearing a script, he would be ready to sign my project. (“Wouldn’t you?” he asks Premgi with a smile.) I planned a science fiction film with him. Maybe at a later date.

I am an easy-going person. I don’t tense up my artistes, I want them to be really cool and see that they have a nice time. It makes my work easy, and all the same, I get the best out of them. Karthi gave me the biggest compliment when we wrapped up the work. He said, “I wish the 'Biryani' shoot extends for a few more days.” This is my style of getting work from my artistes.

Hansika is a chilled-out girl

The film shows them already in love. It starts half way through. But their romance is not the actual story. They are normal people and friends, who cannot think heroic. They go about it the way a normal person would and how they come out of it forms the crux of the story. Hansika plays a north Indian girl born in Chennai. She plays a media reporter. She is a chilled out person.

I don’t know which lines from the film are going to become punchlines once the film is out. Though there’s no conscious effort to get punch dialogues into the script, yes, there are fun lines which youngsters may pick up. One particular line which Karthi often repeats in the film is, 'Indha Ponnu Seriyilla Macchan'. Can’t say he is talking about a particular girl, it applies to many girls. When you watch the film, you will know!

Mandi is the hot mirchi of Biryani

Mandi is like Sneha who plays homely characters in Punjabi flicks. Here, she is the hot mirchi of 'Biryani'. She is a very professional girl and dedicated to the core. She is from the stage, and therefore, picks up dialogues and expressions fast. She always asks several questions before the takes and improvises after requesting me. She learns by heart the entire dialogue — even if it is two pages long.

I feel extremely happy that Yuvan’s 100th film happens to be 'Biryani'. We started together from 'Chennai 28'. Even our stunt director Selva touches the 100 film mark with Biryani. He has come out with some of the most awesome action sequences.

What inspires a script 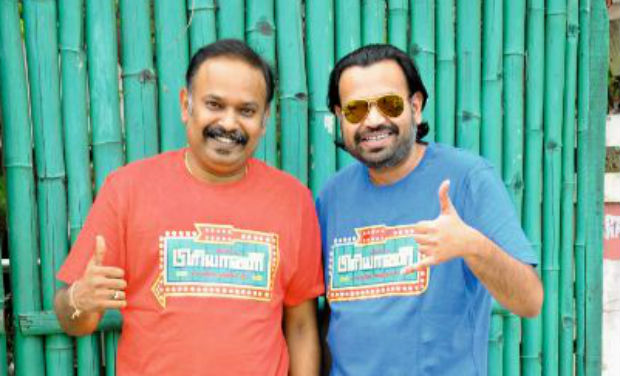 I take inspiration from friends, day-to-day happenings, short stories and even films. Sometimes a minuscule matter from a film would attract my attention and I take that as inspiration and spin a story out of it in my style.

Biryani not inspired by 'Harold and Kumar'

No, not at all! It’s a dope story and a crass film. This has nothing to do with it.

Suriya’s is a fresh script

Suriya and I have been discussing for quite some time now a possible collaboration. It is materialising now finally. This is not the 3-D film which I had planned for him. This is a fresh script. I have just narrated the one-liner to him.

It’s a normal occurrence to go out and have couple of drinks after a day’s hectic work. I studied in London, I was there for eight years. If there’s a long lecture break at the university, we would go out and have a beer. It’s a common thing there. I have been brought up in that environment. People here make it a big issue! 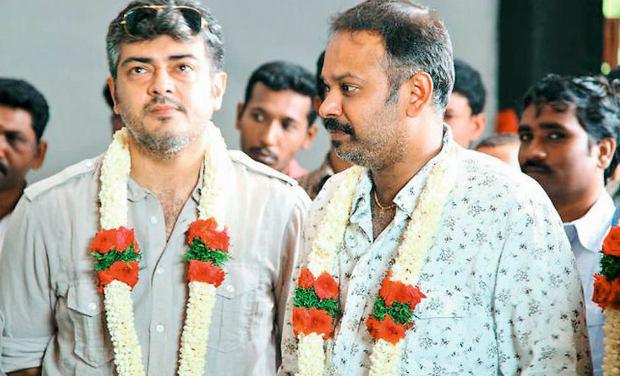 A chain made of 12 sovereigns of gold, which the late legendary M. G. Ramachandran presented me. It was my mridangam arangetram at the Music Academy and MGR was the chief guest. It was one of the last few events he attended in 1987.  He came up to the stage and put me on his lap and asked my age. I said, ‘I am 12’. He immediately gave some signal to his assistant. My appa and periappa were all standing at the back, looking baffled. It was a gold chain with a Tirupathi Balaji dollar weighing 12 sovereigns and he put that around my neck. That was the best gift I have ever had in my life.

Ajith’s is the best biryani in the world

Thala makes awesome varieties of biryani. No one can beat his biryani making skills! He makes Hyderabadi dum biryani, Bhai biryani and local Tamil Nadu biryani and he is an amazing cook. We had a great time during the Mankatha shoot.