All of us love freebies, even when we are not entitled to them.

According to Trip-Advisor’s recent survey TripBarometer Truth in Travel, 65 per cent of global travellers admit to taking something from their hotel room. While we might think that we are entitled to the occasional shampoo or soap, some travellers filch towels, bathrobes, ashtrays, hangers, light bulbs and batteries too, the survey revealed.

Hyderabad’s well-travelled lot are also guilty of picking up a “goody” or two from their rooms. While most say that they only stick to toiletries, some have weird reasons for picking up stuff.

A socialite who stays at the Trident in Mumbai says she takes home the Forest Essential toiletries. “These soaps, shampoos and moisturisers are expensive and I do ask housekeeping to send me a few extra bottles,” she says.

Another socialite who stayed at the Savoy in Florence, Italy, admitted to daily pocketing the expensive REN brand of toiletries, forcing housekeeping to put new bottles every day. When asked why she can’t buy the products, she says, “REN is a fantastic brand which only uses clean, plant-based ingredients and is free of petrochemicals. When I am travelling, I don’t want to waste money on expensive toiletries when I am getting them for free.”

Hotels, however, are indulgent when guests stick only to toiletries. A spokesperson for ITC Kakatiya says, “You can pick up toiletries, combs, shampoos etc. Everything else is chargeable.” 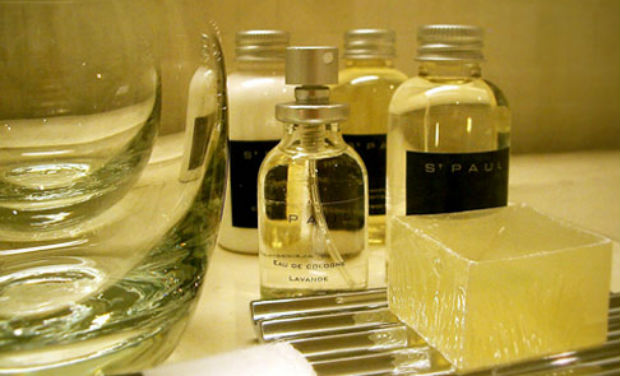 Falaknuma Palace Hotel declined to comment as they didn’t want to embarrass their guests. But don’t expect hotels to be polite when you decide to take home silk robes, pillows, duvets or cutlery from the rooms, because they can be quite curt and rude if you are caught.

A lady who doesn’t want to be named realised this to her embarrassment when she was leaving a cruise ship in China. “I was on a cruise ship sailing down the Three Gorges. This was a very basic ship and there was nothing tempting to take back home, but I was stopped at the reception while disembarking and was fined $50 for taking the laundry bags! Turns out you had to return these cloth bags. Since I had packed my shoes in them and couldn’t be bothered to unpack I paid the fine.”

Another lady says, “I was staying at the famous Burj hotel in Dubai. Once when I rang housekeeping and asked them to send me another bottle of Hermes perfume I was curtly told that perfume bottles were replaced only after the guests left.”

A businessman says, “While I have taken the odd knife and towel from hotels, I always buy comfortable pillows from some properties, because I don’t want my bags to be searched when leaving.” 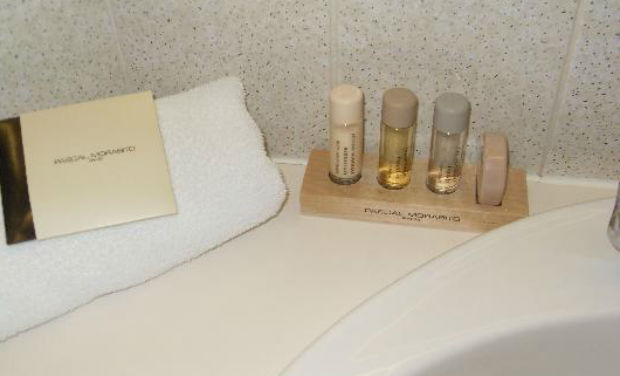