‘Dance needs to be gender neutral’

A dancer of immense repute and one of the first ones to introduce Madras to contemporary dance, Anita Ratnam holds her own, commanding the respect of  the artists’ fraternity like no other. Anita, who comes up with innovative concepts annually, especially during Margazhi, is this year presenting Purush, in celebration of the male dancer, who is so often shrouded in pre-conceived notions and not given his due.

Anita explains, “Purush is the third in a series of conferences. In 2011, I did a conference called Mad and Divine Women that focussed on mystic women saints, like Andal, Meera and Rabia Al Basri. In 2012, we did Epic Women, about Frida Kahlo, the Mexican painter and Aung San Suu Kyi, a contemporary epic woman. This year, I felt that we needed to pay tribute to the men who were the first to bring international focus to Indian dance — Ram, Gopal, Uday Shankar, and later Bhaskar Roy Chowdhary and Nala Najan — before the generation of dancers, like Yamini Krishnamurthy and Padma Subrahmanyam.”

She points out that it was high time the focus shifted to the men. “Historically, we have had men as gurus and dancers. But in India, because we have this uninterrupted history of dancing sculptures, we always associate dance with women. Even our ancient texts speak about the ideal narthaki, how she should have a slim waist, the neck must be long, the lips must be perfectly proportioned, attributes that adhere to a male eye looking at a female body. But today, we have an explosion of men in dance, not just as choreographers, but also as performers, and all the people who are sabha secretaries (except for Mrs Y.G.Parthasarathy) are men. The male gaze continues to favour women. As a performer, scholar, single parent, I was looking at the imaging of women in history. Women have masculine in them and men have feminine in them. We see men in design, fashion and performance, maybe being more free with their sexuality than in other areas of endeavour. But how could I just exclude one aspect of life?” she asks.

Starting off at Alliance Francaise, on December 18, Purush will firstly pay tribute to the male legends in dance. “We’ve had Kitappa Pillai, Dandapani Pillai, Muthuswami Pillai, Elappa Pillai — all these amazing dancers, who came from communities of artists and within which this classical art flourished. They were born before Independence, and we will be honouring 11 of them, who are alive today on stage. It is going to be a very important moment, because each of the 11 of them represent 60 years — that is close to 600 odd years worth of knowledge and collective work. Having been born before Independence, they have been witness to the Devadasi cult, all the historic events that have happened to both dance and society, the way teaching has changed, the way the student demographic has changed. I thought we needed to acknowledge these changes,” says Anita.

Purush will also bring something that the Chennai stage hasn’t really witnessed. “For the first time, we have a wonderful all-male Odissi dance ensemble. We also have a showcase called ‘the emerging young dancer’ where we are showing styles that are not often seen in Chennai — Ottamthullal from Kerala, Manipuri, in short 15-minute solos; a young Kuchipudi dancer from the village of Kuchipudi in Andhra, and a brilliant young Kathak dancer, whose father danced in my first edition of Purush in 1995. In many ways it is like a spiral coming back.”

Anita hopes that Purush will not only give male dancers the necessary attention, but also change perceptions, remind people that a good performance needs to be gender-neutral. “We need to stop worrying about words that go, ‘She’s so graceful and feminine’, or ‘He’s so vigorous and masculine’. We can actually interchange these descriptions. We can have a very vigorous female dancer, with a certain masculine energy, and we could have a wonderful male dancer who could possess graceful feminine energy. These nomenclatures must disappear when it comes to dance,” says the dancer in parting.

Purush will start off on December 18 with a performance by Vinay Kumar and will end on December 22 with Bhairav Bhav by Pandit Birju Maharaj. 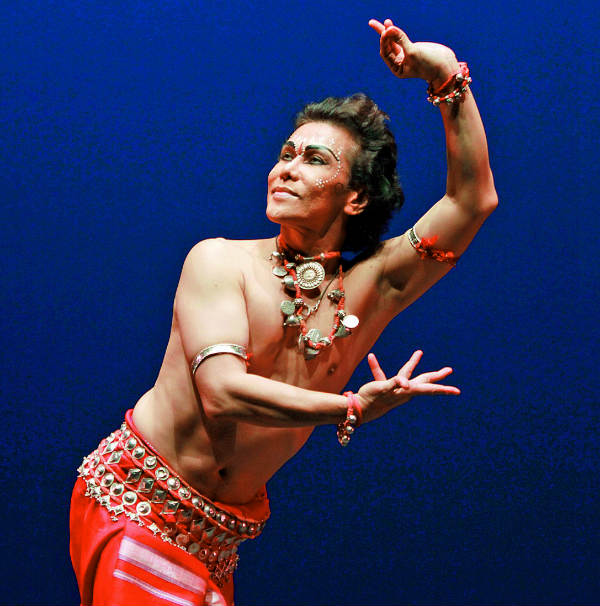 Ramli Ibrahim, an accomplished dancer from Malaysia will be a part of Purush. A cultural icon who has been performing for over three decades, he is also being honoured at the event.

Space and scope for male dancers: Increasingly lesser and are marginalised. This is actually an outcome of a male view from certain quarters that see that dance should be a scope for the pretty. Dance also does not pay and so is not encouraged by parents. These are some of the matters to be discussed in the Purush seminars.

Perception of male dancers in India: Male dancers are more accepted and ‘used’ in group works. Due to the above perception, there are only a handful of solo male dancers. There is less opportunity and there is discrimination at both national and international levels. At some quarters dance is still regarded, as ‘sissy’ and so male children are not encouraged to take it up. Dance is such a difficult profession that it is almost impossible for a male dancer to survive as a family provider. Teaching is always the eventual option but teaching is ‘not’ dancing.

There is a common misconception that men in dance are extremely effeminate. Anita gives her opinion, citing a historical example. “In the early days of Kalakshetra, I remember Rukmini Devi saying, because traditionally, the gurus were men and the dancers were women; Bharatanatyam, Vazhuvoor and Pandhanallur and Kanchipuram forms of dance, as styles, were all set on a female body. They were set in order to make it look very graceful. When Rukmini Devi started Kalakshetra, there were many young men who joined, and brought in a certain masculine virility and masculine energy by introducing Kathakali. So, when you see a Kalakshetra male dancer, you will not get the feeling that he is effeminate. Kalakshetra promotes a gender neutral style. At the end of the day, it all depends on who your teacher is and how he deems fit to set the dance on the body. I have seen men trying to be hyper feminine — red lipstick and all that, which doesn’t suit them. I don’t think it is right to say that all men who choose dance are gay and all men who don’t are not. Those kinds of sexual definitions are unfair and incorrect. But the perception that a man doing Bharatanatyam looks effeminate is something that comes from years of saying — ‘Dance is for women.’ Purush is attempting to break those stereotypes. It wants to say that a vigourous woman can play a Lakshmana or Kumbhakarna, and a graceful man can play Draupadi.” 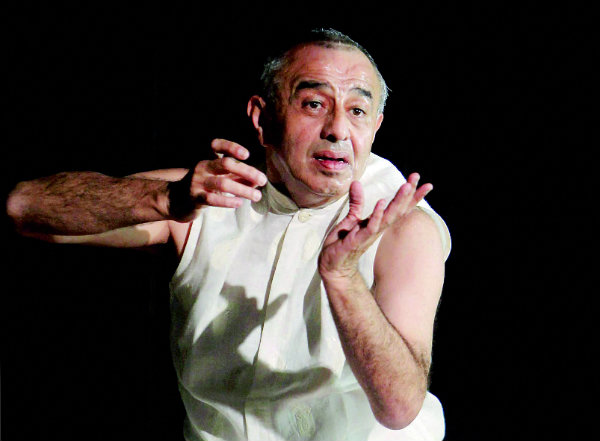 Astad Deboo, as a dancer needs no introduction. A contemporary dancer and a choreographer, he employs his training in classical dance (Kathak and Kathakali) to create his own style. A Padmashri Awardee and a Sangeet Natak Akademi awardee, this talented dancer has worked with the likes of acclaimed German performer Pina Bausch, Alison?Becker Chase and even Pink Floyd. Astad, is currently touring Gujarat, will be in Chennai on December 20, with a special performance for the Chennai audience.

On Purush: The initative of the Purush festival is wonderful. Especially since, it is the Margazhi season where dance lovers, connoisseurs, the general audience, will have an opportunity not only to see performances but also to hear various dancers scholars talking about the various varied subjects.

What is in store: I am performing on December 20 and it will be a solo performance titled Dance Expression. It is a 45-minute piece and I will be showing three of my works from my repertoires — pieces which were choreographed in 2011, 2000 and 1995.

On the classical-contemporary divide: Dance is dance and I don’t see the line being drawn.