I'm not marrying Ranbir Kapoor, would love to dance at his wedding, clarifies Katrina Kaif

Mumbai, Dec 10: Actress Katrina Kaif said she is not getting engaged or married to her rumoured beau Ranbir Kapoor, but would love to dance at his wedding.

Asked who Ranbir should get married to if not to her, the glamorous Bollywood star said he should tie the knot with the woman of his choice.

On whether she would like to dance at Ranbir's wedding, Katrina said she would love to do so and even mentioned a popular song from the just released 'Besharam' (which features Ranbir) in this regard.

Next page: Kareena's "sister-in-law" comment made in jest, says Katrina

Katrina also made light of Kareena Kapoor's 'sister-in-law' comment on the TV chat show 'Koffee With Karan', and said it was made in jest and not meant to be taken seriously.

Kareena had described Katrina as her would be 'sister- in-law' on the show 'Koffee With Karan', in reply to a question by its host filmmaker Karan Johar.

This particular episode of the show featured Kareena and Ranbir, who are cousins. 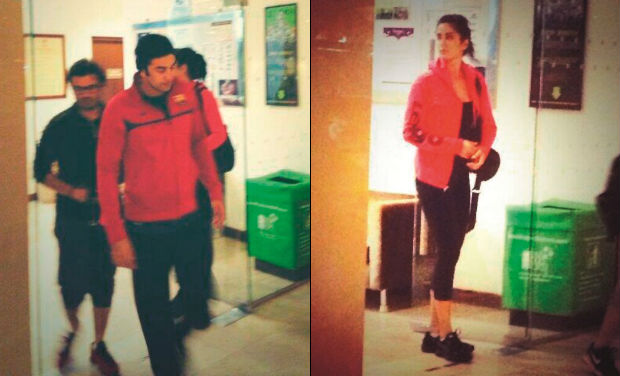 When asked about Kareena's comment, Katrina today said "I don't know...they are cousins...they were pulling each other's leg. It was all said in jest. They were not serious."

The model-turned-actress, in fact, went one step ahead and revealed she knew before hand that such a thing was coming.

"Before the shoot of the episode, Karan had kept a dinner where I and Kareena were there. Kareena said to me she will pull everyone's leg (on the show). She asked me if she can say it (sister-in-law remark) in a fun way...and that was OK with me," the 'Namastey London' actress said.

Ranbir and Katrina, who was once linked with Salman Khan, have always maintained silence over their relationship. Their rumoured affair once again came to limelight when they were clicked holidaying in Spain a couple of months ago.

■Aamir says he wants to see Salman Khan, Katrina 'together'