She shot to fame with her innovative dance moves in the popular reality TV dance show 'Jhalak Dikhlaja' and ever since winning the fifth season, there’s been no stopping for Shampa Gopikrishna. The choreographer, who still ‘can’t believe’ the way her career has shaped up, has had a fantastic year with songs like Ang laga de ('Ram-Leela') and 'Malang' from the soon-to-be-released 'Dhoom 3'.

The daughter of famous choreographer GopiKrishna (who choreographed films like 'Jhanak Jhanak Payal Baaje'), dance runs in her blood. “I gave my first dance performance at the age of 4,” says Shampa. However, after her father’s passing when she was all of 12 years, Shampa stopped dancing. “I couldn’t dance any more,” she says adding, “It was like a mental block. But after I joined college, I started taking part in competitions.”

After assisting choreographer Terence Lewis on a few shows, Shampa got selected for choreographing Jhalak Dikhlaja. “I had worked with Terence on Dance India Dance, co-incidentally, the director of DID is also the director of Jhalak. He saw my work and picked me from there,” explains Shampa on how Jhalak happened. 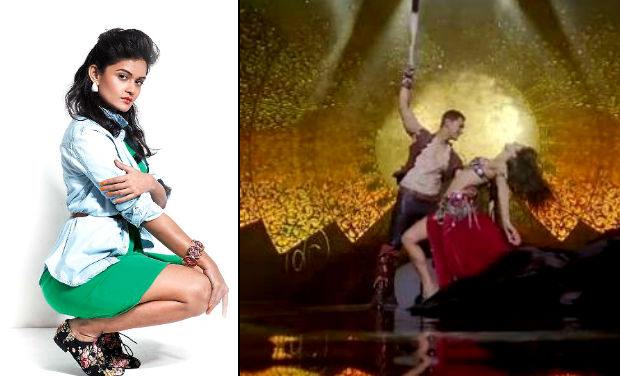 How did she bag the opportunity to choreograph the song "Malang"? “Vaibhavi (Merchant) ma’am had seen me in Jhalak, she knew that I was good with aerial acts as well, so she roped me in,” says Shampa, who choreographed Katrina Kaif’s part in "Malang". “We worked on it for two months but the actual shoot lasted only 11 days. It’s not your usual Bollywood dance routine and features several aerial acts, so it was quite a challenge to pull off,” she adds.
Interestingly, Shampa seems blissfully unaware that "Malang"featuring Aamir Khan and Katrina Kaif, is one of the most expensive songs to be shot for a Bollywood flick, at a whopping Rs 5 crore!

“I knew it must have cost a bomb to shoot, but it’s actually one of the most expensive songs... I had no idea!” she exclaims.

Elaborating on the magnitude of the song, she says, “The sets were huge and we had a replica of the original at YRF studios just for practice. Over 200 dancers, technicians and acrobats were flown in from abroad.”

After choreographing a song for Deepika Padukone and Ranveer Singh, Shampa was comfortable with Aamir and Katrina as well. “They are very professional. While Aamir sir is quite the prankster, Katrina keeps more to herself but she’s also very friendly,” says Shampa, adding, “Even though some of the steps were potentially dangerous, they hardly used body doubles and shot for major portions of the song themselves.”