Be it his fiery Punjabi rap in his patented bad boy style that was the USP of the hottest desi dance numbers of the year, 'Angrezi Beat', 'Dope Shope', 'Lungi Dance' and even Ethir Neechal with Anirudh, his sassy, and often controversial lyrics, or the fact that he holds the title of the highest paid Bollywood singer, Yo Yo Honey Singh, or simply, Honey Singh has made quite a few tabloid headlines this year. You either hate him or love him, because when it comes to Honey Singh (Hirdesh Singh), there is no taking the middle path. A music producer, singer, songwriter, Punjabi rapper, entertainer and even an actor, it is surprising knowing that this Punjabi munda has sung devotional songs in the gurudwara. With his new single, 'Blue Eyes', hitting 10 million views on YouTube in just 20 days, leaving both Priyanka Chopra’s Exotic and other chartbusters, like 'Dhoom Machale Dhoom', 'Nagada Sang Dhol' and 'Ram Chahe Leela' way behind, his dream of taking his Indian music international, doesn’t seem that far off.

And if you can’t get enough of him in clubs, college fests, and on YouTube, you can always catch him live as he comes to perform in Chennai. As DC manages to catch hold of him in an exclusive, he shares his excitement about performing in Chennai, his experience of working with ‘good friend’ Anirudh in 'Ethir Neechal', his love for Tamil music, and how his success is the answer to his haters. 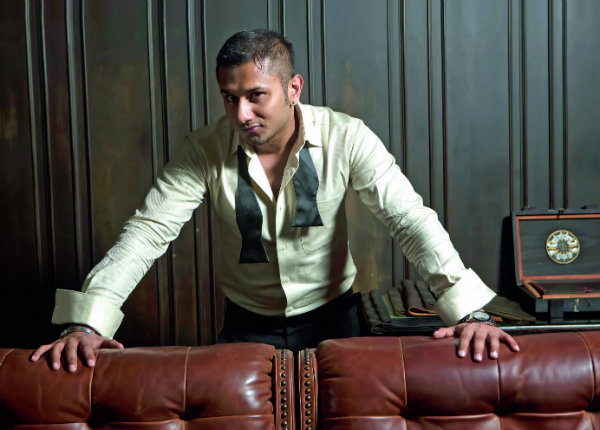 Born Hirdesh Singh, in Hoshiarpur, Punjab, Honey took interest in music at the age of 13, while practicing the tabla and singing devotional songs in gurudwaras, but his parents weren’t to keen on him being an entertainer. “My family didn’t want me to be a musician, and therefore they never helped out in my efforts,” Honey says. His desire to formally learn music took him to the Trinity College of Music, London, but there too, he met a dead end for not being able to pay his tution fee on time. “But I was convinced I could do well as a music producer,” he says, and his conviction was proved right when he became an award winning music director in Punjab a few years later. It was his wish to make his music pan-Indian that got him into singing and song writing, and voila, now he is being offered Rs 7 million for a song in an upcoming film titled, Mastaan, starring Naseeruddin Shah.

Honey Singh is the highest paid singer in Bollywood. “It’s fun,” he responds, “and I am grateful for all the love my fans have given me, but this is just the beginning. I have a bigger goal in life, and that is to take my music international.” Honey has already collaborated with celebrated Asian singer J. Star for his single, Gabru, from his first album, International Villager, in 2011, and recently, he recorded a song with American RnB singer-songwriter 'Truth Hurts'. Given that, Honey makes it very clear that he has no intention of giving up rapping in his native tongue. “Just because I take my music international doesn’t mean I have to sing in English. I will continue to sing in Punjabi, Hindi, Gujarati and Tamil. I want to represent my own country through its own languages.” 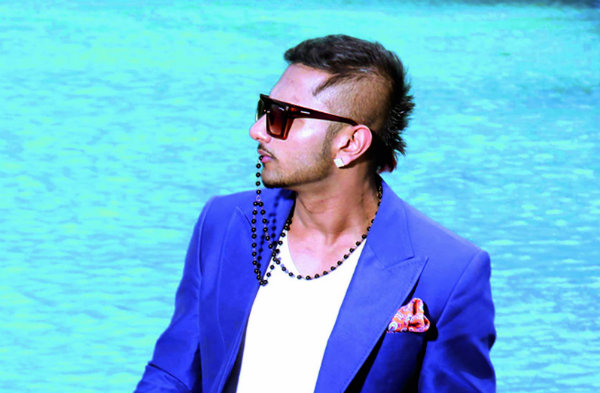 Honey is a huge fan of A.R. Rahman’s and was introduced to Tamil music since childhood. “I have been following Rahman Sir’s works since he gave music for movies like 'Thiruda Thiruda', and that is why I have a soft corner for Tamil music.” He humbly admits that although he isn’t that capable, were he ever to get a chance to work on a song with A.R. Rahman, it would be a dream come true for him.

Honey isn’t satisfied with merely lending rap sections to Tamil songs, but is interested in singing an entire song in Tamil. “I wish to contribute more to south Indian music, especially Tamil music. In fact, I have plans to sing a proper mainstream Tamil song, and my friend Aniruddh is helping me with it.” Speaking of Anirudh, with whom he is working on another single, Honey says that their hit-making collaboration would not stop at 'Ethir Neechal'.

Honey Singh is also very vocal about his die-hard love for Rajnikanth, whose movies he has been watching since he was a child and to whom he gave a tribute through his popular number, 'Lungi Dance', from the film, Chennai Express. According to Honey, “Rajinikanth Sir is the most stylish star ever in India. The way he lights his cigarette or the way he rolls up and puts on his glasses are absolute trendsetters. Therefore, when Shah Rukh Khan called and asked me to devise a song for him, I was very excited. I simply penned down a couple of words about his style and swagger and the song became such a huge hit,” Honey adds ecstatically.

Honey has also seen the flip side of his fame and success, when he was targeted with negative publicity for his in-your-face lyrics. Honey believes it was motivated by jealousy, by people who wanted to bring down someone like him “with no backing and no famous surname with false accusations. But I turn a blind eye to all that and focus all my energy in my work. My success is the answer to all of them,” Honey declares. “The kind of songs I sing have been existing in Bollywood music since a long time. In fact, the reason my music is so popular amongst the millions of youth is because I sing in their own language, in their own slang, and about their lives,” Honey argues. So what about the few hundreds who disagree? “Jisko jo bhi hai  karna woh kar lo, (Let them do whatever they want),”  Honey answers with a smile, quoting a line from his own song.

Honey Singh’s songs are, needless to say, party numbers, and he confesses that he is a hard core party animal too. However, he makes sure his work doesn’t suffer in the process. “I try not to party too often. When in India, I mostly concentrate on my work and live shows all over the country. If I have leisure then I spend that with my friends and family,” Honey reveals, adding, “When I do party, it is only in Dubai, where I can go full throttle.” Honey is also a sucker for sports cars and owns an Audi R8. But when it comes to his dream ride, he says it’s gotta be the Lamborghini. In fact, in the music video of his latest single, Blue Eyes, he is seen riding a white Lamborghini.

Honey Singh has uploaded an exclusive video for his Chennai fans inviting them to his upcoming live act this weekend. In the video, he speaks of how it is always a pleasure to perform for Chennai’s lively crowd. “The idea behind organising a Honey Singh Live concert is to cater to the evolving cosmopolitan entertainment scenario in Chennai. Honey Singh’s high energy performance is sure to connect with the Gen Y Chennaiites and with those who are young at heart,” says Sujit Kumar, Managing Director, Options Media Live, who is organising the event.  He continues, “To add to the entertainment quotient of the evening, we have also roped in the Loyola Dream Team who have put Chennai on the national platform in the world of reality shows with their breathtaking performances. DJ Hussy who is popular for his Bollywood mixes will also lend his music prowess to add to the fun element of the evening.”

(Honey Singh will perform live on November 29, 7 pm onwards at YMCA Grounds, Royapettah. The event is brought to you by Options Media Live, the events division of Options Media group. Tickets are available at the venue or can be booked online through www.eventjini.com/honeysinghlive. For further details contact 9710754593)

■Techies to rock in "Lungi Dance"